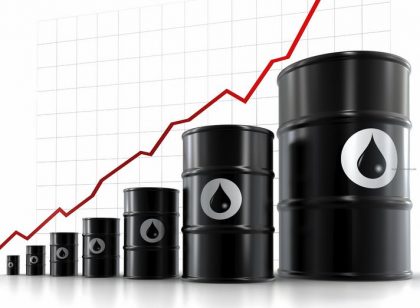 U.S. West Texas Intermediate (WTI) crude futures were at 63.61 dollars a barrel, up 24 cents, or 0.4 per cent, from their last settlement.

Saudi Arabia, the world’s top oil exporter and de-facto leader of the Organization of the Petroleum Exporting Countries (OPEC), said on Sunday that major oil producers were in agreement that they should continue cooperating on production after their deal on supply cuts expires this year.

“There is a readiness to continue cooperation beyond 2018…The mechanism hasn’t been determined yet, but there is a consensus to continue,” Saudi Arabia’s Energy Minister Khalid al-Falih said in Oman.

A group of oil producers including OPEC and Russia, started to withhold production in January last year to prop up prices.

In the latest indicator, Japanese manufacturing sentiment in January jumped to an 11-year high, the Media Tankan poll showed on Monday, highlighting the optimism driven by nearly two years of economic expansion.

In spite of the well supported market, analysts warned that oil markets had lost some steam since their peak early last week. (Reuters /NAN)