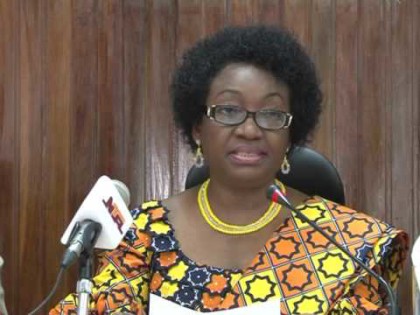 The Head of Civil Service of the Federation, Mrs Winifred Oyo-Ita has assured civil servants that the Federal Integrated Staff Housing (FISH) Scheme, launched in 2016, was still on course and not abandoned.

She gave the assurance while briefing newsmen on Tuesday in Abuja on the achievements of the Office of the Head of Civil Service of The Federation (OHCSF) in 2017.

She said that the scheme was created as part of OHCSF efforts to boost welfare of civil servants and provide affordable houses at a reduced cost for them.

According to her, the FISH programme has not been abandoned;

“The programme is to be an integrated platform between the OHCSF and other government agencies that have the mandate for provision of infrastructure, land and finance in government, working in partnership with private developers.

“Building a house is not just putting up a structure, you need lands and structures; all these are built into the cost of the house.

“And that is why so many houses are expensive and beyond the reach of the civil servants.

“The idea of the FISH programme is a noble one and I want to assure you it is not being abandoned, the idea is to cut the overall cost of getting land from the government, engineering services and so on.’’

Oyo-Ita noted that though 23,000 applications have been received and processed, no civil servant has taken possession of any house because of the commercial rate brought forward by the developers.

She added that her office was making efforts to ensure that the developers further reduce the cost of the houses, to make it affordable for civil servants.

The HOS explained that the price placed on the houses by private developers generated some friction between the off takers of the FISH programme and the developers.

“We are all conscious of the economic stress we experienced in the country last year, such that the government agencies could not actually come together to provide those kinds of infrastructure.

“We are working seriously to see how we can reduce the cost for civil servants, because the cost brought forward by developers were at their commercial rate.

“I am happy to inform you that the Minister of FCT has informed us that land is now available for FISH and he has put a lot of interest in the matter.’’

She assured civil servants that they will re-calculate and provide houses at a reduced price for off takers this year.

According to her, 1,500 civil servants have benefitted from the Federal Government Staff Housing Loans Board (FGSHLB) renovation loan scheme.

She added that the loan was initiated as part of efforts to provide affordable housing for civil servants.

Oyo-Ita stated that it was in collaboration with the OHCSF and FGSLHB to make funds available for public servants to renovate their homes. (NAN)