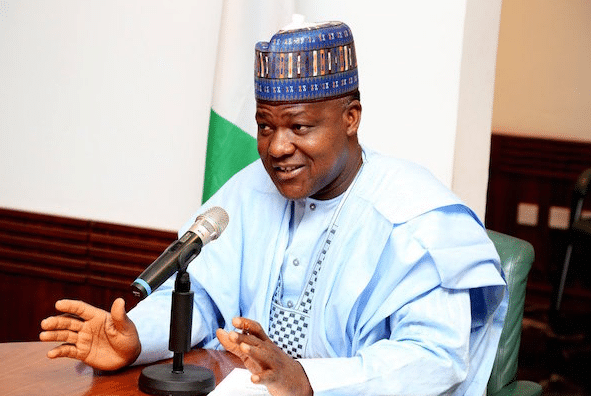 Protocols:
It gives me great pleasure to be with you today as the House Committee on Works begins its investigation on the nature of the contract and/or concession arrangement on the Second Niger Bridge and the Lagos-Ibadan Expressway. Let me welcome all stakeholders who have responded to our invitation to Investigative Hearing.

You will recall that on Thursday, November 16, 2017 the House of Representatives made the following observations.

i. Contracts for the construction of the Second Niger Bridge and reconstruction of the Lagos-Ibadan have continued to feature in the annual budgets without any seeming signs of their completion or the amount required to do so;
ii. The Minister for Power, Works and Housing had stated that funds for the projects in the 2017 Appropriation Act were reduced and, so they run the risk of becoming white elephant projects because they are not under any concession or Public-Private Partnership arrangement;
iii. The Nigerian Sovereign Investment Authority had spent about N18 billion on the Second Nigeria Bridge as the financier during their early stages;
iv. The completion of the projects is pivotal to national development;
v. The manner of execution of the projects is not in accordance with defined methods for executing projects and/or contracting procedures; and
vi. Proactive steps must be taken to ensure early completion of the projects.

As a result of these observations, the House, by Resolution, mandated this Committee to conduct this investigation while urging the Federal Ministry of Power, Works and Housing to provide funds in the 2018 budget for the completion of the projects. This exercise is critical given that these projects have become a constant and ugly feature in our national discourse whereas they constitute vital arterial network for our road transport system. They have become media sensations and highly politicized to the extent that it now seems that we are playing games with the lives of our people. Past administrations have celebrated progress ostensibly made on them while achieving little or nothing in reality.

The Lagos/Ibadan Expressway, for instance, has become a subject of litigations as the government vacillates between executing it through a Public-Private Partnership arrangement and direct funding through appropriations. Unfortunately, the same affliction is seeping into the execution of the Second Nigeria Bridge. I make bold to say today that if the House of Representatives, in its Oversight responsibility, does not step in at this time, we run the high risk of continuing this path and the rehabilitation of the Lagos/Ibadan Expressway will remain a mirage and the Second Niger Bridge will never get constructed.

I also hope that through this Investigative Hearing we can generate a national consensus on Public-Private Partnerships for our infrastructure development. We know that the costs of developing physical infrastructure are enormous yet the consequences of failing to deploy these resources are immeasurable. Excellent infrastructure provides abundant benefits for the economy. Nigeria’s infrastructure gap has been widening in recent years owing to lack of capital expenditure in the national budget, a growing population, rapid urbanization, aging assets and weak governance frameworks that have prevented private capital from contributing to physical infrastructure development. Even as we make appropriations to improve our failing infrastructure, the government is often hardly able to source the funds to execute them in a way that will deliver an immediate direct impact on the economy.

Taking a bearing from other growing economies, we must acknowledge that public-private partnerships (PPPs) hold the key. We now need to ensure that all investment projects provide value for money and that the costs to government are affordable, ensure that infrastructure projects are planned, prioritized, and managed to maximize economic returns and are delivered in a timely, efficient, and cost effective manner; manage the fiscal risks created under PPP contracts within the Government’s overall financial and budgetary framework; and utilize federal and state assets efficiently for the benefit of all users of public services.

We look forward to the Report of this investigation and I have no doubt that your contributions and the resultant Committee’s recommendations will proffer the best approach towards a timely completion of these projects and a framework for sustained funding and development of our infrastructure and a workable PPP model.

While wishing you frank and robust deliberations, I hereby declare this Investigative Hearing open.

May God bless you and bless the Federal Republic of Nigeria.