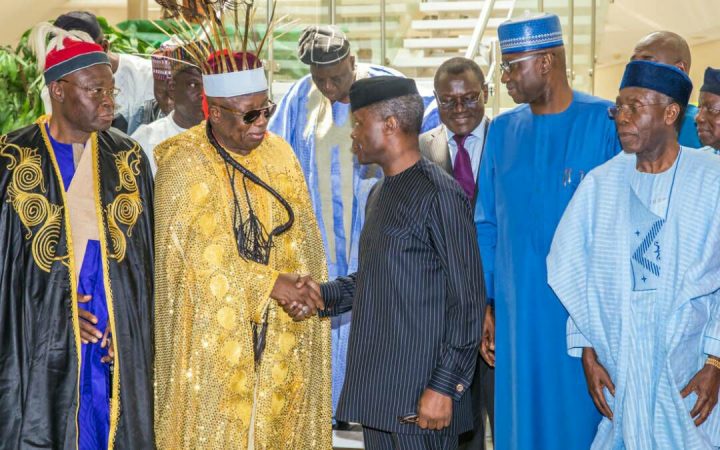 “We acknowledge that a lot of damage has been done, not just security-wise, but to the psyche of the people; due to the series of attacks, we know people are afraid.

“On the 5th of December, I visited the affected communities in Adamawa State and commenced a series of national consultations with all relevant groups designed to find a lasting solution to the farmers-herders conflict in parts of the country.

“I also held a meeting on the 11th of December, 2017, with the Emir of Kano, Muhammadu Sanusi II; the Lamido of Adamawa, Muhammadu Barkindo Aliyu Musdafa; elder statesman, Mallam Ahmed Joda; and other leaders of the Fulani communities.” He said. 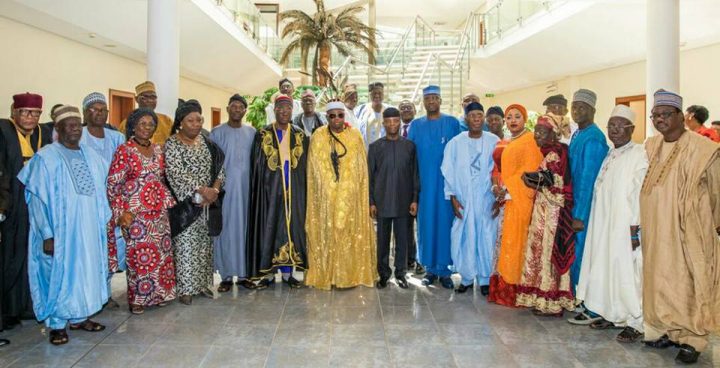 He implored the people of the affected communities to embrace peace and not seek revenge to avoid escalation. Osinbajo emphasized the importance for the communities to disarm anyone caught with arms and weapons, reminding them of the laws guiding against possession of unlicensed firearms.

“We will repair the damage that has been done to the infrastructure of the communities and rehabilitate the people.” The Vice President added.

The delegation of twenty prominent sons and daughters of the Kingdoms included some non-Bwatiye speaking elites from Chobo, Kwah, Bille, Mbula and Bali. The Hama Bachama is the Traditional Ruler of Numan while the Hama Batta is the Traditional ruler of Demsa both in Adamawa state.