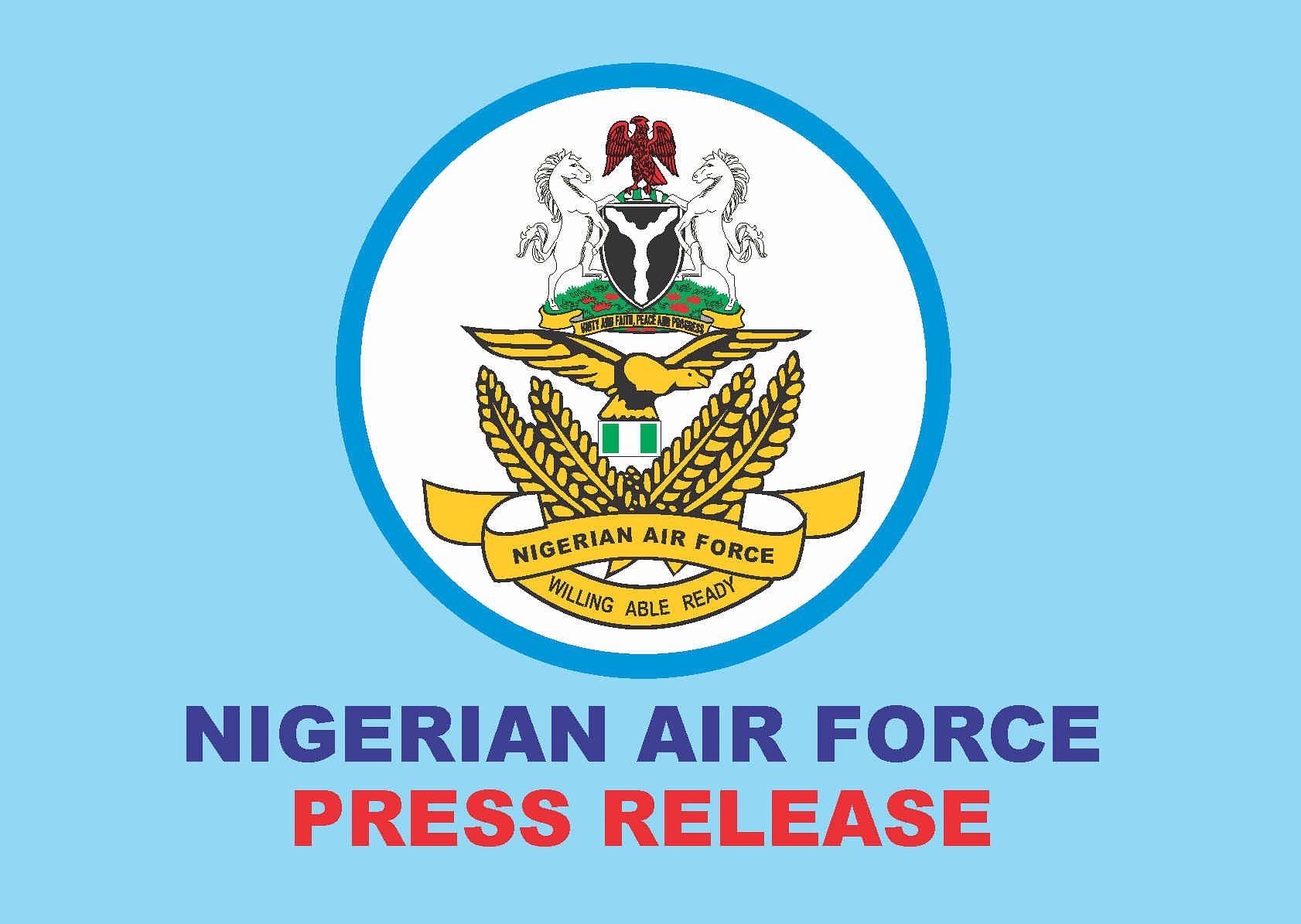 Olatokunbo Adesanya, Abuja: The attention of the Nigerian Air Force (NAF) has been drawn to allegations by Amnesty International of human rights abuses reportedly committed by the NAF in some villages around Numan, Adamawa State on 4 December 2017. In the first place, it is very unfortunate that a highly respected international organization such as Amnesty International would make such unfounded allegations. At no time has the NAF been involved in settling any “herdsmen-farmers” clash in the Numan general area, as alleged by Amnesty International. It is particularly disturbing that an organization of the stature of Amnesty International would believe a ridiculous story that the pilot of an aircraft flying at a high speed would be able to distinguish between a herdsman and a local farmer before deciding which one to “bomb”! Indeed, at the time the NAF intervened in the crisis around Numan on 4 December 2017, there were no 2 distinguishable groups clashing. Rather, only one group of hoodlums was seen unleashing mayhem on villages near Numan. The NAF remains a highly professional organization, which places high value on respect for human rights, and therefore categorically states that the allegations by Amnesty International are lies. In actual fact, the intervention of the NAF in the Numan crisis of 4 December 2017 resulted in the successful dispersal of a group of hoodlums who were setting some villages around Numan on fire.

To set the records straight, in the early hours of 4 December 2017, a NAF Intelligence Surveillance and Reconnaissance (ISR) platform departed Maiduguri to conduct ISR over Numan general area. This was in response to a request by the General Officer Commanding (GOC) 3 Armoured Division of the Nigerian Army (NA), following reports of clashes around that location. Hundreds of people, mostly dressed in black attires, and who appeared armed, were sighted ransacking and setting a village on fire. In addition, the hoodlums set large portions of farmlands ablaze. Furthermore, some of the men were seen guiding livestock out of the village. Consequently, a NAF aircraft was called in to support the NA and other relevant security agencies through ‘show of force’ low-level flights. This was aimed at dispersing the huge crowd and thereby stopping the ongoing carnage. After several low passes, the crowd was undeterred and refused to disperse. Rather, the assailants started firing shots at the aircraft and continued in their dastardly act of burning houses within the settlement.

The aircraft therefore had to fire shots ahead of the rampaging crowd when it became obvious that they were heading for Numan to inflict further damage. Sequel to the NAF’s intervention, the hoodlums started scattering and fleeing to a nearby bridge. Other low passes were conducted by NAF aircraft over the area to prevent the regrouping of the hoodlums around Numan and other villages. It is important to state that the hoodlums had set several villages on fire and much destruction had taken place before the arrival of NAF aircraft. Nevertheless, the intervention of the NAF proved decisive in putting an end to the hoodlums’ rampaging activities. At no time did the NAF Spokesman identify the hoodlums as herdsmen, as the pilots could not have possibly determined the identities of the hoodlums from thousands of feet in the air. Additionally, the NAF Spokesman has never revised the accounts of the events of the day with any media house.

It is significant to note that without the timely intervention of the NAF, nothing would have stopped the huge mass of hoodlums from burning down Numan, where they were obviously heading, if not prevented by the NAF. Had they succeeded, they would have killed several individuals and burnt or destroyed more properties. It is better imagined how many more lives would have been lost without the timely and wise intervention of the NAF. It is the responsibility of the NAF to defend Nigerian lives and the NAF could not have simply watched while lives were being taken and properties destroyed. It is regrettable that Amnesty International never made any attempt to find out NAF’s account of the events of the said date before making its allegations. The report by Amnesty International is therefore deemed to be unfair, one-sided and apparently aimed at embarrassing the NAF. Clearly, the NAF will continue to sustain efforts at ensuring security within the nation and will not be discouraged from discharging its constitutional responsibilities of protecting the lives and properties of all Nigerians. Overall, the NAF wishes to state as follows:

At no time has the NAF been involved in settling any “herdsmen-farmers” clash in the Numan general area.

The NAF, either with its aircraft or by any other means, did not set any villages near Numan on fire on 4 December 2017 or at any other time.

NAF’s aircraft was not used to kill anyone in the villages around Numan during the crisis of 4 December 2017.

Amnesty International should produce credible evidence to substantiate its baseless allegations that NAF air attacks led to the destruction in the villages as well as loss of lives, failing which it should go to the press and retract its allegations.

You are please requested to use your medium to disseminate this information for the awareness of the general public. While thanking you for your usual support and cooperation, please accept the assurance of my best regards.