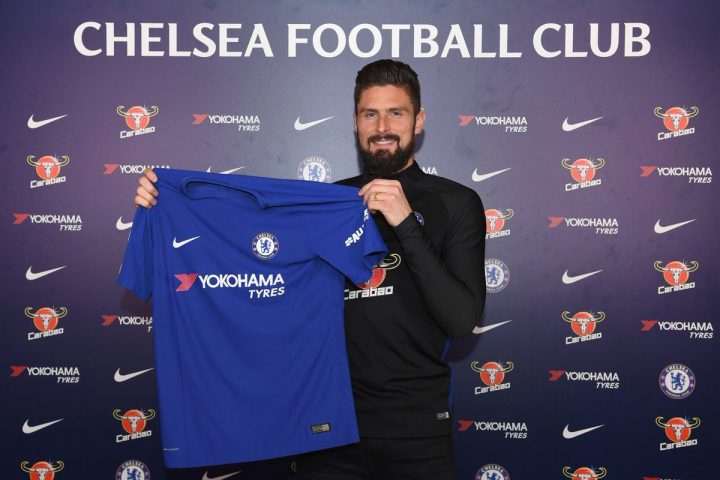 Giroud arrives with a wealth of experience and a proven pedigree at the highest level having scored goals regularly in the Premier League, in Europe and on the international stage, where he has represented France at three major tournaments.

A strong, physical forward, Giroud is lethal in the air and clinical with his feet in and around the penalty area. The 31-year-old will wear the number 18 shirt and has signed an 18-month-contract.

Giroud said: ‘Chelsea is one of the biggest teams in the Premier League. They have won maybe the most trophies in the last six or seven years. It’s a massive club and I am proud to sign for Chelsea, and I’m looking forward to playing.’

Chelsea director Marina Granovskaia added: ‘Olivier is a proven talent at the top level and we are very pleased to call him a Chelsea player.

‘He has scored goals regularly throughout his career and is well accustomed to English football and the Premier League. We are sure he will be a fantastic signing.’

Giroud joins compatriots N’Golo Kante and Tiemoue Bakayoko in the Chelsea squad, and he is eligible to play in all three competitions for the Blues.