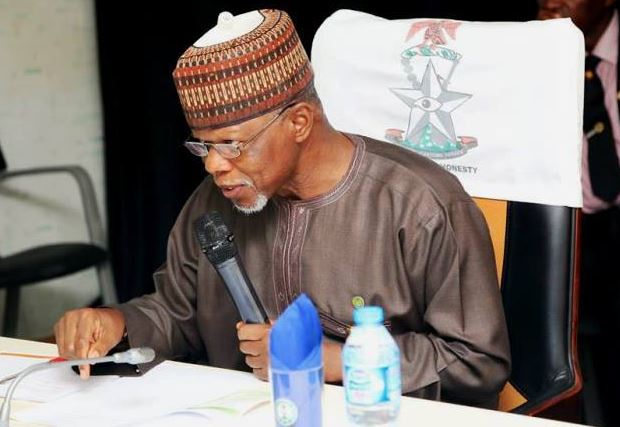 Hameed Ali, the Comptroller-General of the Nigeria Customs Service (NCS), has dissolved the 2017 compliance team and replaced it with a strike force.

Mr Joseph Attah, the Public Relations Officer of the Service, disclosed this to the News Agency of Nigeria (NAN) on Thursday in Abuja.
He said the strike force team would be posted to the four zonal offices of the Service in Lagos, Kaduna, Bauchi and Port Harcourt.

According to Attah, the strike force can also use the Customs training colleges as their base.

He said that part of the mandate of the strike force was to check the activities of Customs officers.

“The Customs strike force is set up to replace compliance team. This team is to operate under a different strategy.
“The team is empowered to enter any command system on suspicion of fraudulent activities taking place or about to take place with a view to blocking all revenue leakages from the system.

“The team is allowed to partake in the examination of any suspected container generated by the ICT,” he explained.

He added that the team would ensure that all unutilised Pre-Arrival Assessment Report (PAAR) bill of lading, as well as air way bills was accounted for.

“They are to monitor the ECOWAS Trade Liberalisation Scheme (ETLS) in order to checkmate capital flight and PAAR merchandise.

“This is what they are expected to do, their operation is fashioned this way to be in line with the demand of the executive order on the Ease of Doing Business,’’ Attah said.

He noted that the strike force would erect checkpoints rather than roam the highways except on credible information by the surveillance operatives of the Service.

“The strike force will treat the information and return to base. It is the desire of the CGC to sanitise the system for optimum performance.

“This particular strategy will enhance free flow of goods on our high ways.

“No hither land or highway patrol by the team, the surveillance team will work for 24 hours and their work is not intended to impede free flow of goods,’’ he added.

According to him, the team will be under the co-ordination of a Deputy Comptroller assisted by four Assistant Comptrollers of Customs.