The Other Side of Alex Ekwueme’s Burial: Petty Traders Make Fast Money 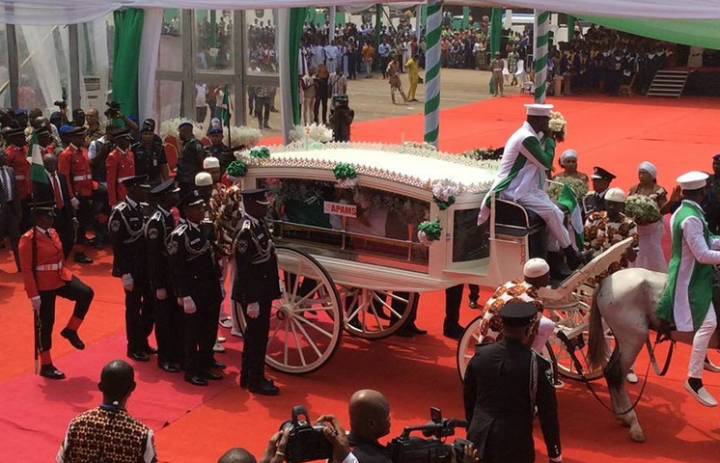 Reports say that the small scale businesses boomed in the area around the St John D Divine Church, Oko where the commendation service was held.

Hawkers seized the opportunity to make fast money like sale of caps, T-shirts, wristbands, bags with pictures of the late icon.

Mrs Amaka Ofoche, who sells snacks, said that Ekwueme was loved by his people so she decided to make the mementos and sell in his memory.

According to her, I have a provision store where I sell snacks but as the burial was approaching I decided to make mementos and sell because I know people will buy them.

Another trader, Mr Tobenna Ifechukwu, who sells ice cream, said he made triple what he usually made on a daily basis and thanked God for the crowd that honored the late vice president.

“If not that death was painful, I will pray for such gatherings so as to make huge income,” Ifechukwu said.

Mr Amobi  Okoye, who sells sachet water, said he ran out of stock due to high demand of the product.

He said that the community had enjoyed uninterrupted supply of electricity since three days to the burial date which made it possible to have cold water and drinks to sell.

NAN reports that different traffic agencies in the state including police and the Federal Road Safety Corps ensured free flow of human and vehicular movement in the area.