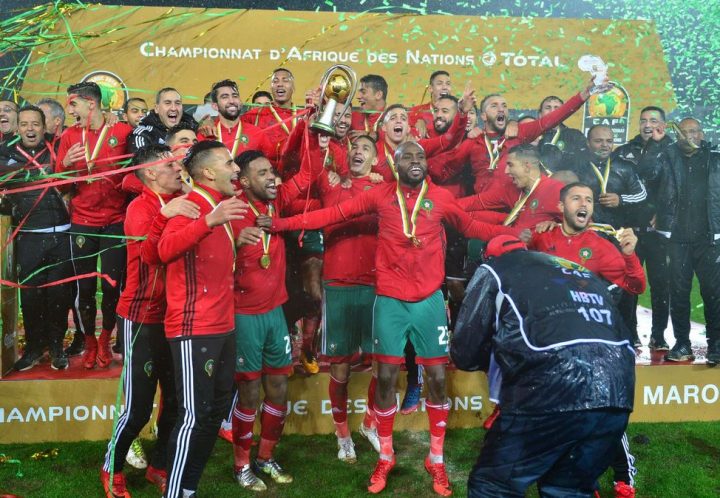 Morocco romped to an emphatic 4-0 victory over Nigeria in the final of the 2018 African Nations Championship (CHAN) at the Stade Mohamed V in Casablanca on Sunday.

The Atlas Lions joined DR Congo, Tunisia and Libya on the CHAN honours board after they overpowered the Super Eagles, who played most of the second half with just 10 men.

But the goal was correctly ruled out because the ball had passed out of play in its flight.

El Kaabi took centre stage again in the 15th minute when he met Haddad’s left-flank cross with an acrobatic overhead kick and rattled Nigeria’s crossbar with the effort.

It did underline the Atlas Lions’ early dominance. 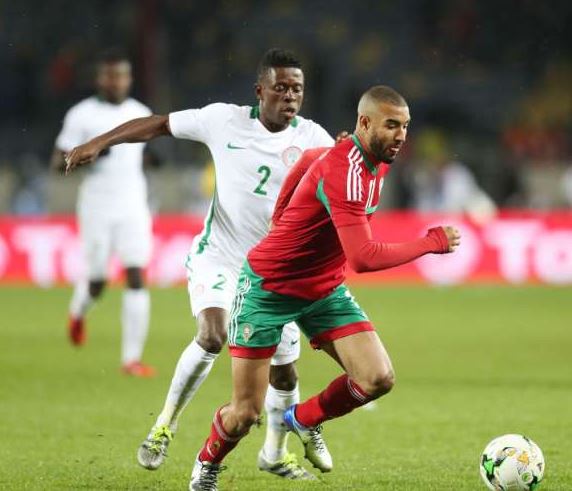 Nigeria came into the game a little more as the first half wore on, but the hosts remained dangerous in attack and finally broke the deadlock just before the interval.

A slick move put Abdeljalil Jbira free down the left flank, with his pullback from the by-line picking out Zakaria Hadraf.

The winger fired a low shot into the back of the net, beating goalkeeper Dele Ajiboye low to his right.

Things went from bad to worse for the Super Eagles when Peter Moses, who was already on a yellow card, scythed down Mohamed Nahiri early in the second half.

The Atlas Lions duly made the most of their numerical advantage, with Walid El Karti doubling their lead on the hour mark.

This was after he headed home on the rebound after Ajiboye saved Haddad’s shot, before Hadraf added his second a few minutes later to make it 3-0.

A Morocco win at this tournament would not be complete without a strike from El Kaabi.

The forward duly notched his ninth of the 2018 CHAN when he redirected a shot from Nahiri in the 73rd minute to complete the scoring.