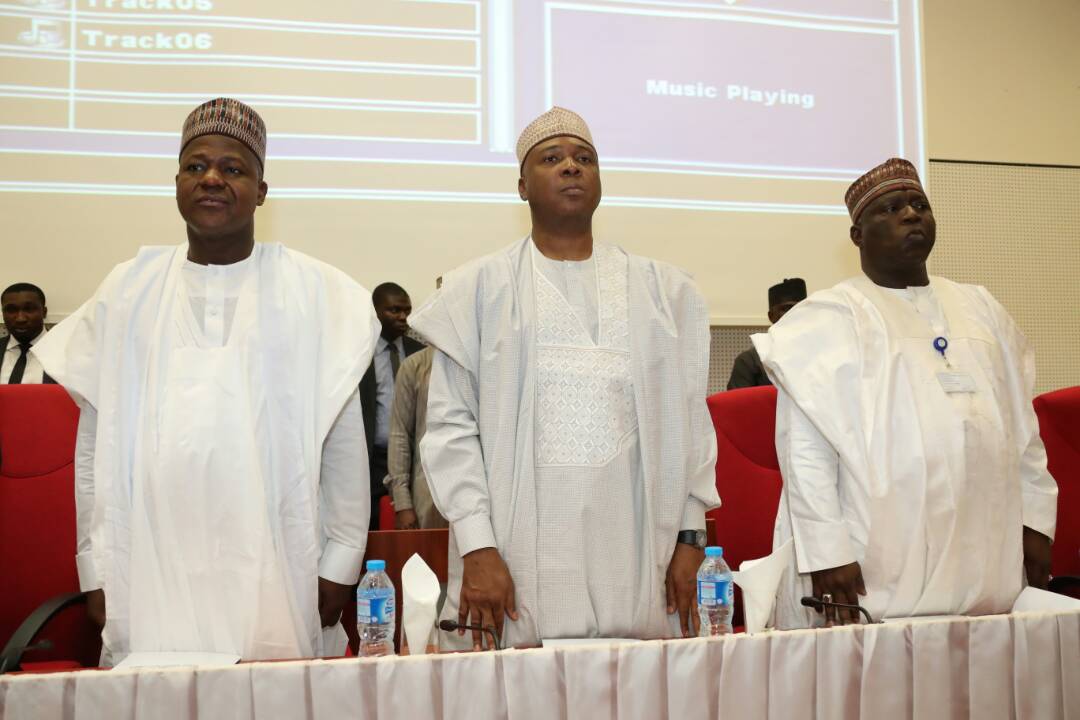 Full Remarks of Speaker Yakubu Dogara at 9th Meeting of Clerks of the National, State Houses of Assembly

I am delighted to extend my goodwill to the Clerk to the National Assembly at this auspicious 9th meeting of Clerks of the Nigerian Legislatures. Peer review forums such as this are critical to the deepening of our democracy and thus deserve every encouragement and support.

Besides the opportunity of personal interaction, this meeting affords you the opportunity to compare notes on area of common interest as managers of the Legislature in Nigeria and also creates that necessary bond and awareness of the unique place that the Legislature occupies in governance at both the national and sub-national tiers.

I had noted on previous occasions that the Legislature as an arm of government is grossly misunderstood in the polity owing to the near mortal casualties it suffered in the era of systemic disruption arising from relentless military interregnum.

One important lesson I believe you will take from this meeting is the difference between an independent and a dependent Legislature. The National Assembly is more than committed to deepening our democracy and the independence of the Legislature at the State level is key to this effort. Although negative responses from State Legislatures on this subject in the last have been a source of disappointment, it must be understood that even this is a consequence of the dependency virus.

A dependent Legislature, the one that relies on the Executive for crumbs cannot do the work of democracy. No wonder democracy has being the casualty of the over dependence of State Parliaments on the Executive. Anywhere in the world where democracy suffers, it’s always the people that ultimately pay the price. Over-dependent State Legislatures are a cancerous tumor on our democracy. This cancer reveals itself in the massive hemorrhage of humongous resources accruing to States and Local Governments in most States of the Federation. Until State Legislature posses the capacity to effectively oversight and make the Executives at State levels accountable to the people, the mass of our people will continue to totter on the hinges of the promise of democracy.

Of course you cannot have an effective Legislature without an informed, experienced and strong bureaucracy more so that the turn-over rate of members of the Legislature in Nigeria is too high while the same cannot be said of the bureaucracy. As a collorary, an underperforming parliament must necessarily have an underperforming bureaucracy at its base. That’s is why it is absolutely important to regularly bring yourselves together in this kind of atmosphere to help sharpen each other, push the frontiers and invent new vistas of Legislative governance.

As managers of the Legislature, I appreciate the fact your work is not any easier, either because most times when public analysis or critique of the Legislature is being undertaken, you are altogether countenanced or at the very best grossly under-appreciated.

I am confident that this meeting will afford you greater understanding of the system, which should place you in good stead as managers and advisors of Nigeria’s Legislature.

I once again welcome you all and wish you fruitful and most eventful engagement.