Organisers of South Korea’s Winter Olympics apologised to the Iranian team before Friday’s opening ceremony for a misunderstanding over gifts of Samsung mobile phones. 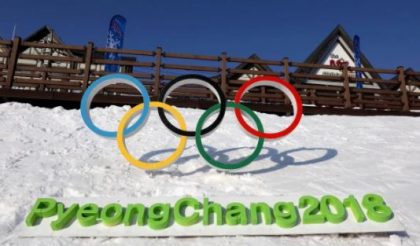 Iran on Thursday had summoned South Korea’s Ambassador to the country over reports that its athletes would not each receive the 1,100 dollars smartphone.

The organisers were said to have given 4,000 of the phones to athletes attending the Pyeongchang Games.

But athletes from Iran and North Korea were reportedly excluded due to U.N. sanctions against the two countries over their nuclear programmes.

The IOC swiftly stepped in to say athletes from both countries would receive the phones, but that the North Koreans would be asked not to take the devices home.

Iran had summoned South Korea’s ambassador to Tehran to explain the apparent snub.

“If Samsung does not apologise for its unwise action, this will greatly affect Samsung’s trade relations with the Islamic Republic of Iran,” the state news agency IRNA quoted Foreign Ministry spokesman Bahram Qasemi as saying.

Samsung said the IOC was responsible for distributing gifts at the Olympics and it had no further comment.

On Friday, the Games’ organisers acknowledged sending a letter of apology to the Iranians, saying Samsung’s action was due to a misunderstanding.

The IOC has confirmed that the Iranian athletes are entitled to receive and keep the phones.

Iran has four competitors at the Olympics which run from Feb. 9 to Feb. 25.