Han Sungrae, Director of the Korean Cultural Centre in Abuja, on Friday said the 2018 Winter Olympics in PyeongChang is a symbol of peace and unity to the world. 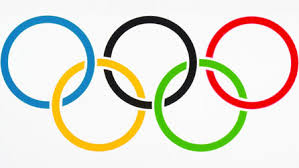 Han told newsmen in Abuja, after watching the Games’ opening ceremony at a viewing centre the Cultural Centre provided, that he was sure the Winter Games would help the world further.

The News Agency of Nigeria (NAN) reports that the Korean Cultural Centre had provided two viewing centres on its premises for interested Nigerians to watch the PyeongChang Olympics.

“The successful organisation of the opening ceremony by both South Korea and North Korea is an indication that only peace will bring development,’’ Han said.

NAN reports that host country South Korea produced a show of unity with neighbours North Korea during the opening ceremony of the 2018 Winter Olympics in Pyeongchang.

Both countries’ athletes came under the same flag during the parade, after months of tension in the Korean peninsula.

“I am glad that South Korea has successfully and peacefully hosted the opening ceremony of the Pyeongchang Winter Olympics, in spite of the strong tension earlier in the Korean peninsula.

“We are stronger than all the forces that want to divide us and I am happy we are united as one today,’’ he said.

The Cultural Centre Director said opening the centre for Nigerians to come in and watch the Winter Olympics was part of the country’s support for Team Nigeria at the Games.

“I will like to wish Nigeria team good luck, and that is why we are having this event here today so that we can together cheer Nigeria to victory.

“I hope the Nigerian people enjoy the Pyeongchang Olympics alongside Team Nigeria,’’ he said.

NAN reports that the Nigerian contingent to the Games has four athletes, two coaches and a team coordinator.

The athletes are Seun Adigun, Akuoma Omeoga and Ngozi Onwumere, who will represent Nigeria in the bobsled event, and Simidele Adeagbo who will take part in the skeleton event.

NAN reports further that an estimated crowd of 35,000 spectators inside the Olympic Stadium in PyeongChang, South Korea were given seat warmers, wind shields, hats and gloves during the opening ceremony.

This was because temperatures in the city went as low as -6C during the two hour-long ceremony.(