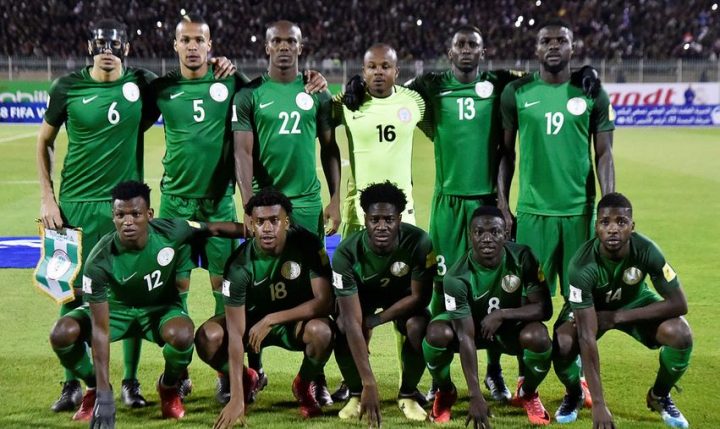 Nigeria have dropped further one spot  in the latest FIFA rankings released by the football governing body on Thursday.

The Super Eagles, who were 51st in the world with 651 points in January, are now 52nd with 606 points, according to the ranking on FIFA’s official website on Thursday.

Having dropped in the January edition of the release due to the deduction of points from the world cup qualifiers, most Nigerians would have hoped for an improvement, but that was not the case.

Ghana, Burkina Faso and Algeria are eighth, ninth and 10th in Africa.

Meanwhile, Nigeria’s World Cup group opponents, Iceland were the biggest movers, amassing a total of 1017 points to move up two spots from 20th to 18th.

Croatia and Argentina remained in 15th and 4th, while Germany, Brazil, Portugal are first, second and third respectively on the log.

The next FIFA World Ranking will be released on March 15.