The Zamfara state government has disbursed over N200 million to families of victims of the recent gunmen attacks in some communities of the state. 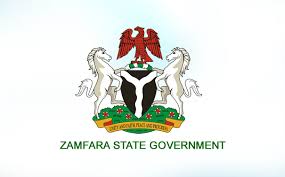 The Speaker of the State House of Assembly, Alhaji Sanusi Rikiji, disclosed this on Thursday in Zurmi, while presenting state government’s assistance to the families of the deceased and victims of the recent gunmen attack at Birane Village in Zurmi Local Government Area of the state.

Rikiji, who is the Chairman of the state’s Damage, Assessment and Relief Committee, noted that over N200 million had been disbursed to families of the deceased and those who lost their properties in the recent gunmen attacks in Shinkafi, Bakura, Maradun Talata-Mafara and Zurmi Local Government Areas.

He said that the assistance was aimed at sympathising with the families of the deceased.

“Each of the deceased families received N500, 000 while the injured persons and those who lost their properties were given N100, 000 each in addition to five bags of assorted grains given to the families.

“We are not happy with this assistance we are giving to the families of the victims, but it has become necessary for us to assist them,” he said.

He said the state government had set up the committee to ascertain the number of deaths and people that lost property or got injured as a result of cattle rustling, banditry and other forms of criminality to assist the victims.

Rikiji, who urged the victims to consider the incident as an act of God and called on the people of the state to remain calm.

He said that the state and the Federal Government were working together to address security challenges in the state.

Responding, the Emir of Zurmi, Alhaji Abubakar Atiku, thanked the state government for the gesture and promised that the the emirate would continue to assist the victims.