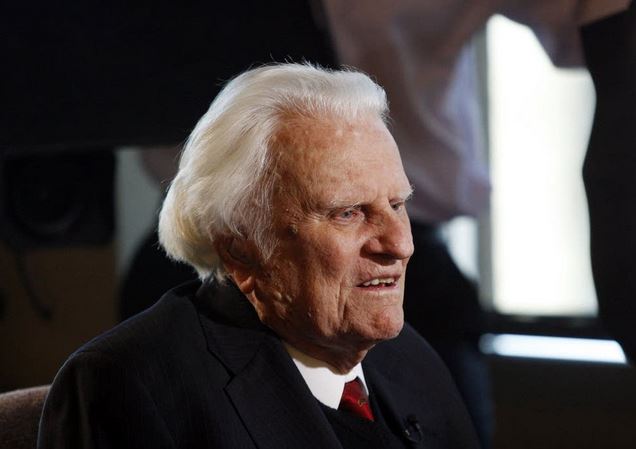 One of the World’s most renowned Evangelist, Billy Graham died on Wednesday 21 February at the the age of 99. Reports say he died peacefully at his home in Montreat, North Carolina, USA.

Many World Leaders took to the media to react to his death. United State (US) President, Donald Trump said: “Melania and I join millions of people around the world in mourning the passing of Billy Graham. Our prayers are with his children, grandchildren, great-grandchildren and all who worked closely with Reverend Graham in his lifelong ministry. ”

Former US President, Barack Obama described the late Preacher as “a humble servant who prayed for so many – and who, with wisdom and grace, gave hope and guidance to generations of Americans.”

African Development Bank President, Akinwumi A. Adesina, added his voice: “Rev Billy Graham passed on today. Heaven will be rejoicing to receive the evangelist who preached Christ to all ends of the earth. He will be very much missed!” 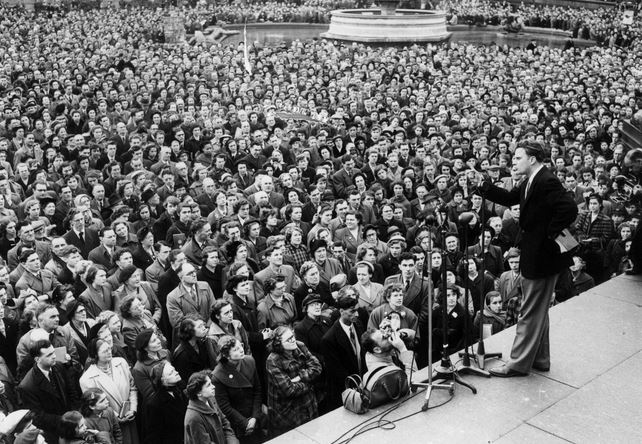 He has been called one of the most influential preachers of the 20th century. He held large indoor and outdoor rallies with sermons which were broadcast on radio and television, some still being re-broadcast into the 21st century.

In his six decades of television, Graham hosted annual Billy Graham Crusades, which ran from 1947 until his retirement in 2005. He also hosted the popular radio show Hour of Decision from 1950 to 1954.

He repudiated segregation and, in addition to his religious aims, helped shape the worldview of a huge number of people coming from different backgrounds leading them to find a relationship between the Bible and contemporary secular viewpoints.

Graham preached to live audiences of nearly 215 million people in more than 185 countries and territories through various meetings, including BMS World Mission and Global Mission. He also reached hundreds of millions more through television, video, film, and webcasts. 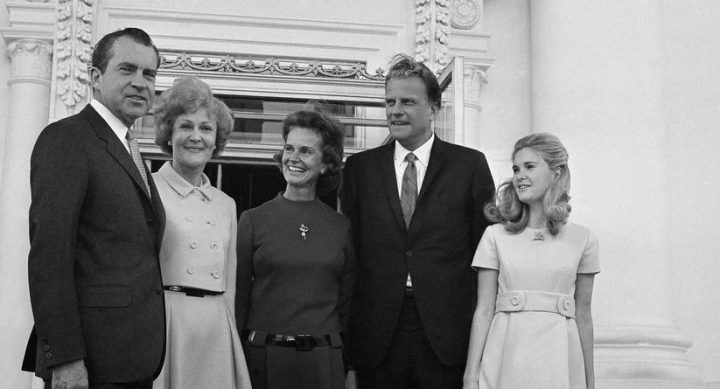 Graham was a spiritual adviser to American presidents and provided spiritual counsel for every president from Harry Truman to Barack Obama.  He was particularly close to Dwight D. Eisenhower, Lyndon B. Johnson (one of Graham’s closest friends), and Richard Nixon. He insisted on racial integration for his revivals and crusades in 1953 and invited Martin Luther King Jr. 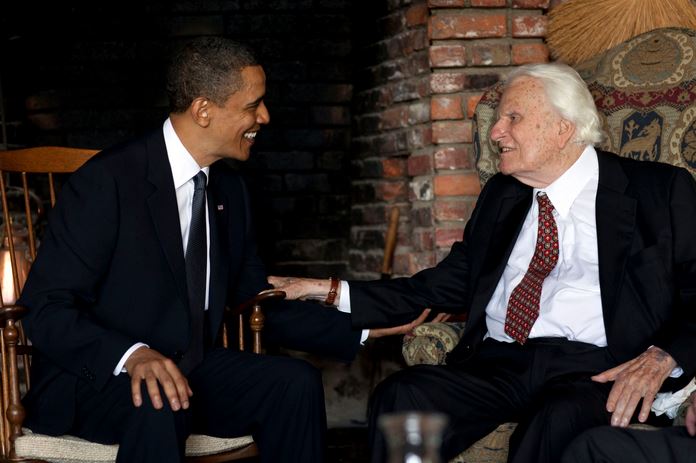 to preach jointly at a revival in New York City in 1957. Graham bailed King out of jail in the 1960s when King was arrested in demonstrations. He was also lifelong friends with another televangelist, the founding pastor of the Crystal Cathedral, Robert H. Schuller, whom Graham talked into doing his own television ministry. 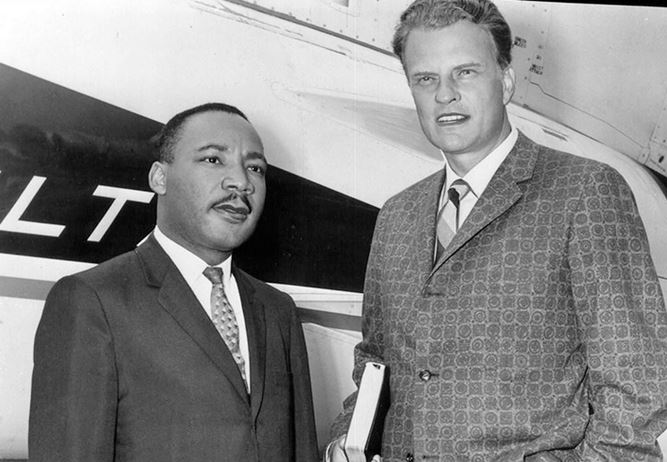 Graham operated a variety of media and publishing outlets.[9] According to his staff, more than 3.2 million people have responded to the invitation at Billy Graham Crusades to “accept Jesus Christ as their personal savior”. As of 2008, Graham’s estimated lifetime audience, including radio and television broadcasts, topped 2.2 billion. Because of his crusades, Graham preached the gospel to more people in person than anyone in the history of Christianity.

Graham was repeatedly on Gallup’s list of most admired men and women. He appeared on the list 60 times since 1955, more than any other individual in the world. Grant Wacker reports that by the mid-1960s, he had become the “Great Legitimator”.