The Supreme Court on Friday set aside the decision of the Court of Appeal, Calabar which compelled INEC to conduct elections in the 10 wards of Ikang, Bakassi Local Government Area of Cross River State. 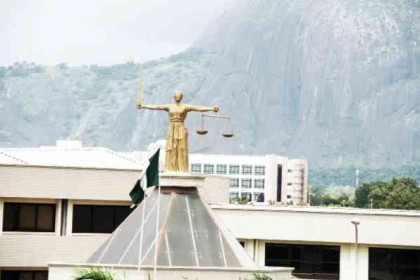 Delivering the judgment, Justice John Okoro held that it was the constitutional responsibility of the electoral body to create electoral wards and not the state.

The judge, also held that the state had the right to make such law, adding that the “Law No.7’’ was not illegal.

He said the law did not create any constituencies, but adjusted boundaries of Akpabuyo to accommodate Bakassi.

Okoro therefore, said albeit the two lower courts were wrong to have ordered INEC to conduct elections in areas it did not delineate for that purpose.

“The decision of the Court of Appeal, Calabar is set aside but the commission should do the needful by formally delineating the 10 wards in Ikang for election purposes.

“The people of Bakassi have suffered enough and they should be made to have sense of belonging’’, he said.

Dissatisfied with the decisions of the lower court, INEC had approached the apex court praying it to set aside the two judgments.

The other appellant in the matter was the Resident Electoral Commissioner, Cross River State.

The appellants by this appeal registered their grievances with the decision of the Court of Appeal, Calabar delivered on Dec.6, 2013 dismissing their appeal against the judgment of Justice A.F.A Ademola of the Federal High Court, Calabar.

Based on the notice and grounds of appeal filed as aforementioned, the Appellants formulated four issues for formulation.

They had urged the apex court to ascertain whether or not the law No.7, 2007 which the lower court it judgment was enforceable, lifeless, in-abeyance and or inchoate.

The appellant further sought the court’s explanation whether or not the lower court was right when it entertained in suit No. FHC/C/41/2012 for the second time the same issues it had conclusively resolved.

They also asked the court to decide on whether or not the creation and delineation and adjustment of the boundaries of the tow local government area in No.7 for the 2012 governorship election was legal.

The appellants further asked to know whether or not the judgment of the lower court which ordered the appellants to conduct the 2012 governorship election in the 10 wards was not illegal. (NAN)