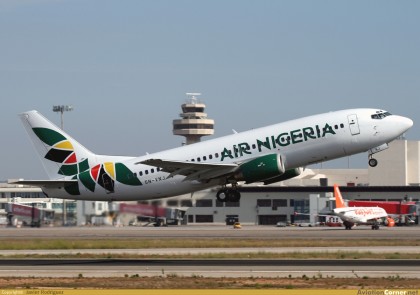 The groups, in a joint briefing at the Murtala Muhammed Airport, Lagos, on Friday, said the sector had witnessed commendable improvements since the government came into power on May 29, 2015.

Chief Victor Amadi, who spoke on behalf of the coalition, said that they were ready to support Buhari if he indicates interest to run for a second term, based on the overall performance of the government.

Amadi noted that the appointment of Sen. Hadi Sirika as Minister of State for Aviation, was a clear manifestation that the President had the commitment to revamp the sector.

He said: “In just about two years, the minister, in carrying out the policies of the government, has positively turned around the aviation sector.

“This marks him out as a very good leader and it also shows that he can effectively take up any responsibility bestowed on him by providence.

“We want to use this opportunity to congratulate him and the President and the ruling All Progressives Congress (APC).

“We wish to note that the efforts of the minister justifies the clamour for the re-election of Buhari under this great party, so that the country will continue to be blessed with highly intelligent and gifted leaders like Sirika.

Amadi listed the achievements of the administration to include: rehabilitation of the Abuja airport runway and the Certification of the Abuja and Lagos airports, in line with the International Civil Aviation Organisation (ICAO) standards.

According to him, the government has also installed the Category 3 Instrument Landing System at airports in the country to improve safety, and curb flight delays and cancellations.

Amadi said the government had also continued the construction of new terminal buildings at the Lagos, Abuja, Kano, Enugu and Port Harcourt airports, which would be completed soon.

He said: “Also, under the Sirika administration, the aviation industry in Nigeria was audited by ICAO and the country scored 96 per cent on safety and security.

“Just last week, the US Federal Aviation Administration (FAA) revalidated the Category 1 Safety status which Nigeria obtained for the first time in 2010, after an audit carried out in August, last year.’’

On the overall performance of the government, Amadi said Nigerians were quick to forget that the President met a highly institutionalised, passive and endemic corruption that was perpetuated by previous administrations.

He said the government had gone after the looters and successfully recovered some of the looted funds and at the same time, tackled the problem of infrastructural deficit in the country.

According to him, the recent deployment of troops to the Middle Belt to quell the Farmers/Herdsmen crisis and the continued decimation of the Boko Haram sect has shown that the government is committed to boosting national security.

Amadi noted that the ongoing construction of the Second Niger Bridge and railway lines across the country also show that the President is for all Nigerians, hence the need for everyone to support his re-election bid. (NAN)