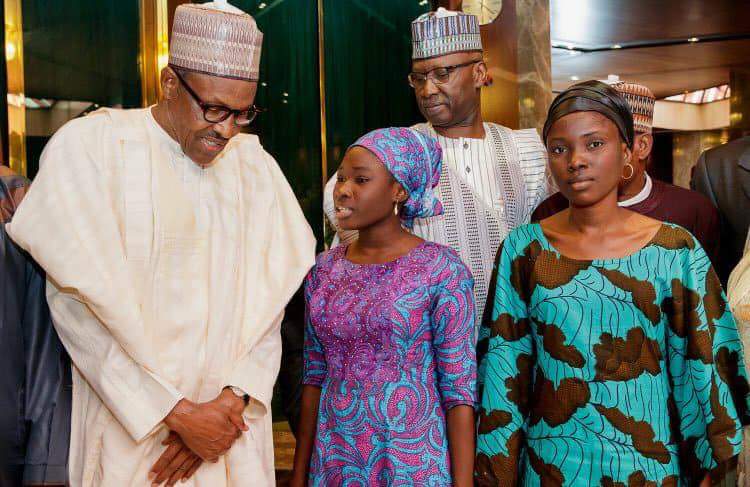 Every Life of a Nigerian is Precious, Must be Secured – President Buhari

Femi Adesina, Abuja: President Muhammadu Buhari says every life in the country is equally precious and indispensable, assuring that the Federal Government will carefully explore means that will guarantee the safe return of all those abducted by insurgents.

Receiving three lecturers and nine women that were released by ISIS and Boko Haram, respectively, at the Presidential Villa on Monday, President Buhari said the ongoing negotiations for the release of more abducted Nigerians will be given utmost attention and care, with priority on safety.

“Let me say that this Government treasures all human lives, particularly that of its citizens, and following your abduction, the security agencies were directed by me to do everything possible to ensure the safe release of every one of you and other persons,” he said.

The President told the rescued lecturers and women that the negotiation for their release was “painstaking and protracted’’ because their abductors were in groups, staying in different locations, which necessitated more diligence and care in ensuring the safety of their lives.

President Buhari directed all the security agencies to take more measures in protecting schools and students, expressing sadness that some students were abducted from Government Girls Science and Technical College, Dapchi, Yobe State.

“While thanking the security agencies and all those who facilitated this, let me clearly reiterate the resolve of this Administration to ensure all persons abducted by the insurgents, are rescued or released safely.

“This is especially against the backdrop of the recent sad incident where another group of girls were abducted on 19th February, from Government Girls Science and Technical College, Dapchi, Yobe State.

“I have since directed all security agencies to immediately ensure that every effort is directed to ensure the safety of our schools and students, as well as bringing back the abducted girls to their families,’’ he added.

President Buhari commended all the various security agencies, government agencies and international organisations for their professionalism throughout the rescue process, promising that the government will work closely with them for rehabilitation and resettlement of all displaced persons.

In his remarks, the Director General of the Department of State Security, Lawal Musa Daura, said negotiations for the release of more abducted Nigerians were already on, with considerations for the cessation of all hostilities and amnesty for the insurgents, who choose to embrace it. 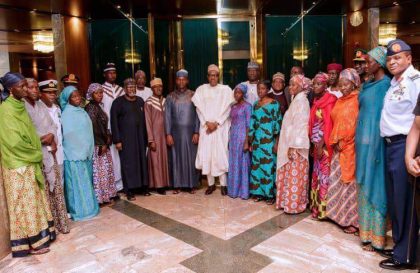 One of those released, Dr Solomon Yusuf, a lecturer, said they were impressed with the government’s intervention.

“While we were in captivity, there were lots of analyses if we will ever make it out; with 180 million Nigerians, we were thinking who will remember us. We are happy you came for us. It shows that the life of every Nigerian is important,’’ he said.