FRSC Hands Over N590,050 to Relatives of Accident Victims 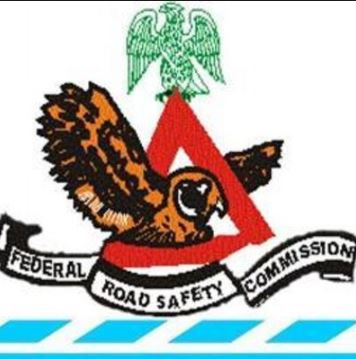 The Jigawa Command of the Federal Road Safety Commission (FRSC) on Monday handed over N590,050 to relatives of victims of an accident that occurred on Sunday along Dutse-Gaya road.
One person was reported dead and eight others were injured after one of the tyres of an OPEL car, marked AB 104 NSR, burst.
The victims are said to be members of Kara Multi-purpose Cattle Traders Association (KMCTA), Wudil Local Government Area Chapter of Kano State.
They were on their way to Azare town in Bauchi State to buy cattle when the accident occurred.
Mr Angus Ibezim, FRSC, Jigawa Sector Commander, handed over the money to the relatives of the victims through the KMCTA Chairman, Alhaji Ahmad Dauda.

Ibezim said the money was recovered from victims by the command’s rescue team while taking them to hospital.
He explained that out of the money, N390,000 belonged to Alhaji Basiru Tukur, who died in the accident, while N50,000 belonged to Safiyanu Sa’adu and N150,050 to Buhari Ya’u.
The sector commander commended the rescue team for their timely response to the accident, which according to him, saved lives of most of the victims.

“Our rescue team did a very good job as they got to the accident scene within five minutes after receipt of report about the accident.
“When they arrived, one of the victims was already dead; eight others were injured with five of them, seriously injured.

“However, the timely arrival of the rescue team and the evacuation of victims to the hospital helped in saving their lives,” the sector commander said.
In his response, the chairman of the association commended the corps for the gesture.

“This has made us to trust the FRSC more and more, and we will continue to cooperate with the corps in saving lives and property of motorists,” he said.

NAN recalls that the command had on Feb. 1, 2017 similarly recovered N222,000 from accident victims along Birninkudu-Maiduguri road in Birninkudu Local Government Area of the state.

The said amount was handed over to next of kin of the victims.