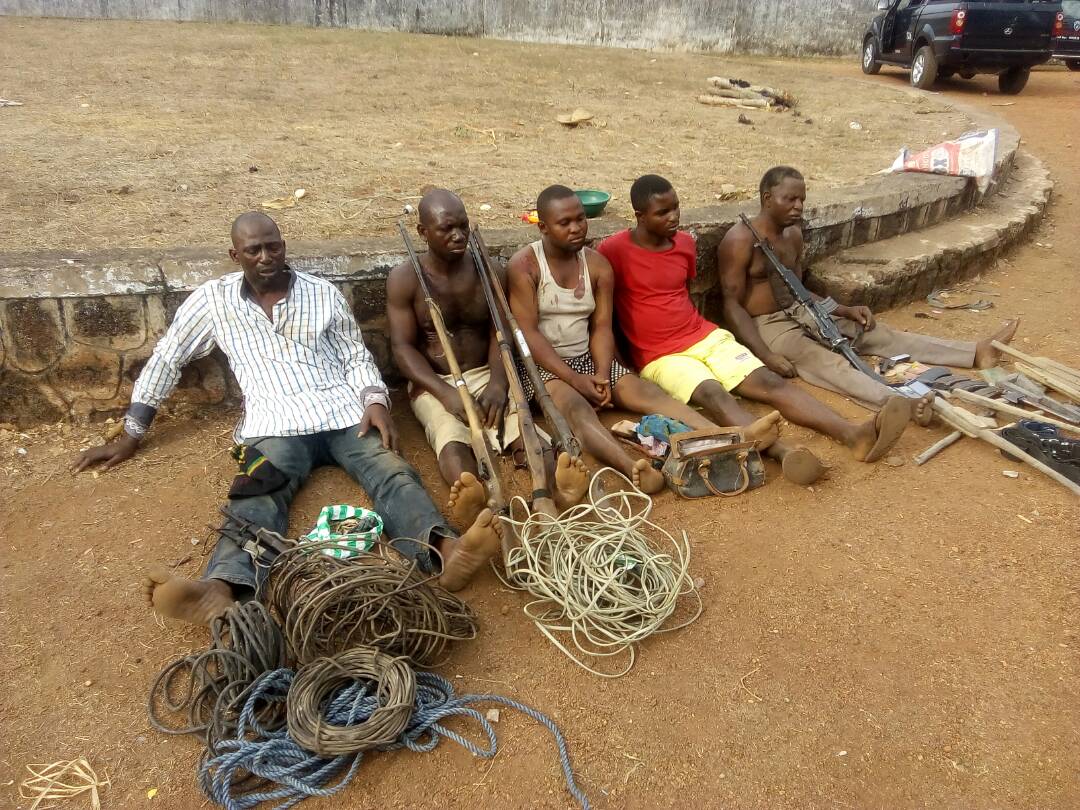 Olabisi Ayeni, Abuja: Troops of 707 Special Forces Brigade conducting EXERCISE AYEM AKPATUMA arrested 5 suspected cultists on Sunday 25 February 2018 at Katsina Ala local government area of Benue State. Priliminary investigation conducted revealed that the suspects were said to be students of College of Education, Katsina Ala who were about to be initiated as new members. Troops acted on credible information followed by raid operations which led to their arrest.

Similarly troops operating at Sector C of same Exercise carried out cordon and search operations at Ukum Local Government Area which also led to the arrest of gun runners and cattle rustler. 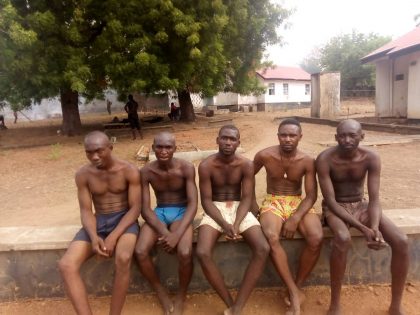 Among the suspects arrested is a 55 year old weapon Instructor, Mr Samuel Gaza, who is a member of the Livestock Guard confessed to have been rustling cows for over 4 years before he was recruited by the state government, while Mr Jato Aontoseer, confess that he is a gun runner, Mr Avaatyough Aontoseer is a weapon fabricator.

Items recovered are: one Fabrique National rifle, 3 Fabrique National and AK 47 magazines, one locally made pistol, 3 dane guns, 4 mobile phones and one axe, military belt, lanyard and a beret, charms, some quantity of indian hemp. 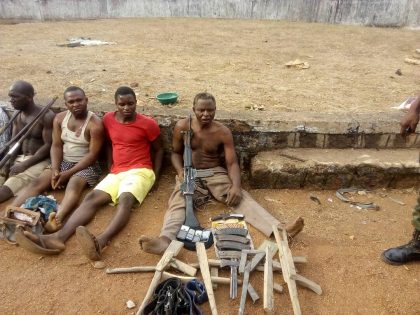 The Nigerian Army therefore requested law abiding citizens to go about their lawful businesses and provide timely information that will assist the Army in the successful conduct of the exercise.