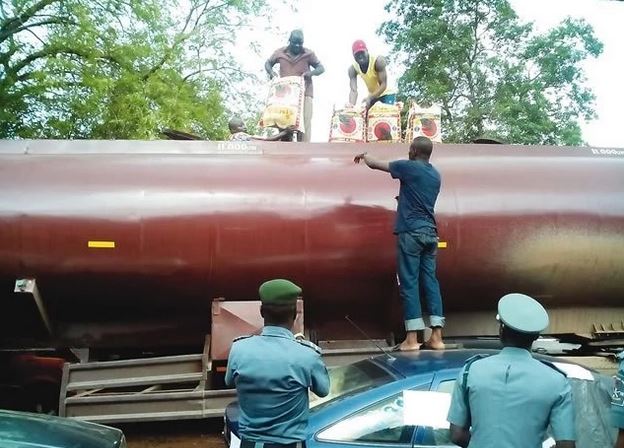 The Nigeria Customs Service, says it has arrested a suspect in Sokoto who allegedly smuggled 460 bags of imported rice concealed in a petrol tank.

The Comptroller for Sokoto, Kebbi and Zamfara Command of NCS, Mr Nasir Ahmad, made the disclosure to newsmen on Friday in Sokoto.

He said when the bags of rice were removed from the tank they had been contaminated by black oil, which is dangerous to human health.

He solicited for relevant information from the public to assist the command track down smugglers.