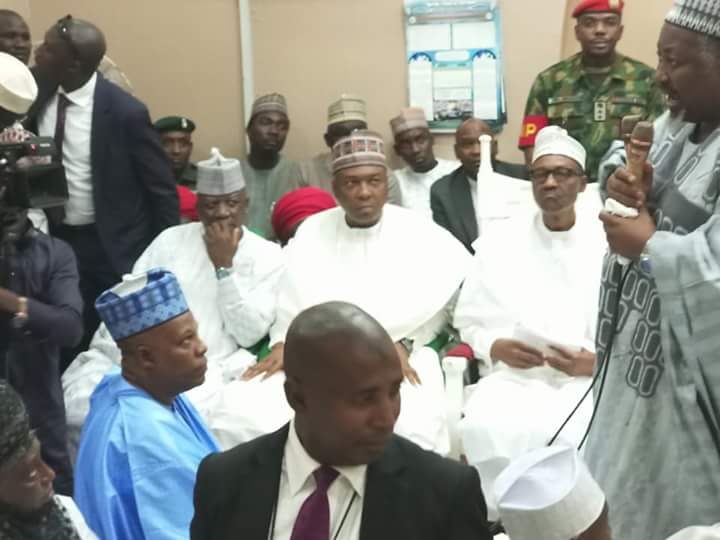 The wedding Fatiha of Fatima and Idris Ajimobi, the  son of Gov. Abiola Ajimobi of Oyo State took place around 12:30 pm at the Kano Central Mosque.

The wedding proceedings  were conducted by the Emir of Kano, Alhaji Muhammadu Sanusi II and supported by the Chief Imam of Kano, Prof. Sani Zaharaddeen. 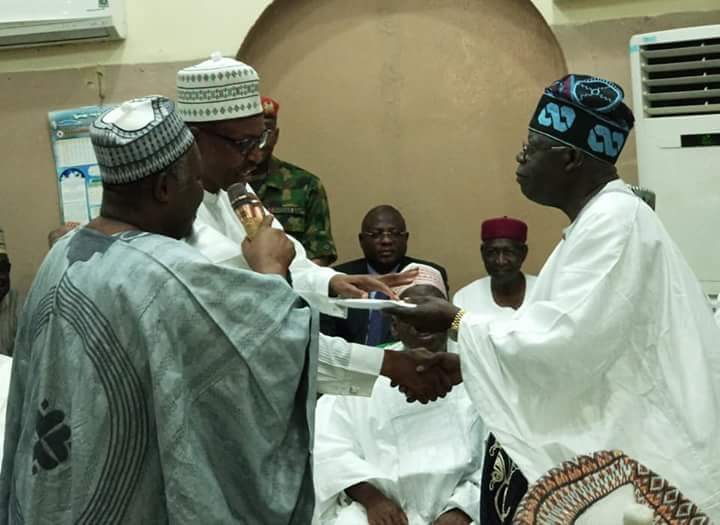 President Buhari, who stood for the groom, gave out the N50, 000 dowry to Ahmed Bola Tinubu, who represented the bride at the occasion.

Among other important personalities that attended the grand wedding fatiha included Senate President Bukola Saraki, 22 governors and 11 ministers as well as over 10 traditional rulers from across the country. 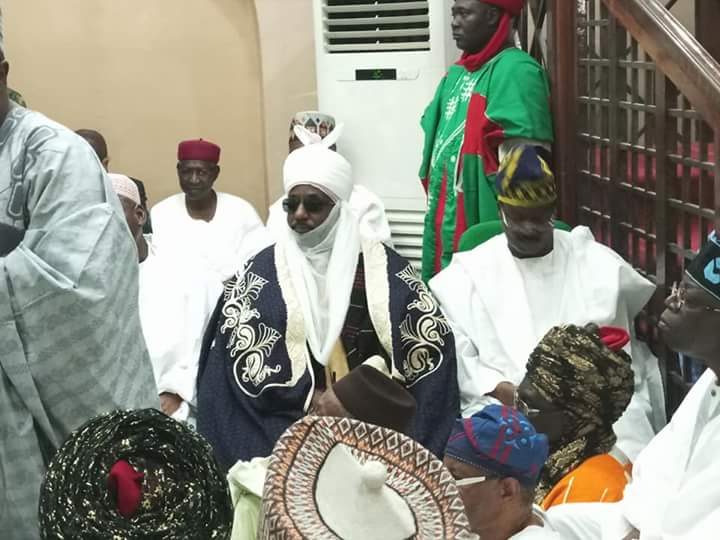 Also in attendence were the Secretary to the Government of the Federation, Mr Boss Mustapha, Chief of Staff to the President, Abba Kyari and Senior Special Assistant to President on Media and Publicity, Malam Garba Shehu.

The event, which was also attended by prominent Islamic scholars and other well wishers from across the country, witnessed a large turnout of residents.

NAN reports that during the wedding, security was very tight in and around the city.
The President had before his departure inspected the Kofar Ruwa underpass, which is under construction, along Katsina Road.