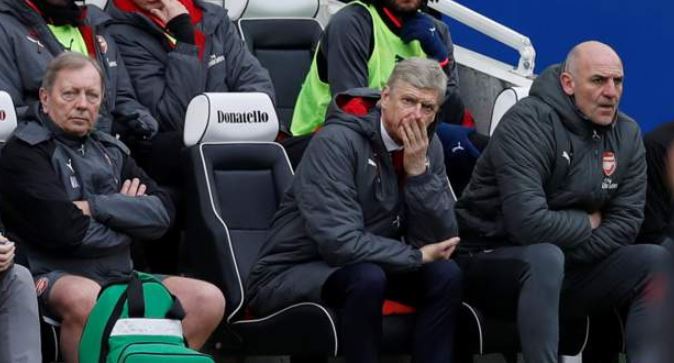 Arsenal loss yet again in another away game in the English Premier league on Sunday afternoon.

This has obviously has added pressure on Arsene Wenger to be shown the way out  as the gunners manager. His approach to games as Arsenal’s manager seems to be failing.

Just when Wenger thought it couldn’t get any worse, Premier League strugglers Brighton were on hand to inflict even more suffering as the Gunners fell to their third straight defeat in all competitions.

It took just seven minutes for Arsenal to go behind against Brighton in their Sunday EPL match. Lewis Dunk finished off a goalmouth scramble after goalkeeper Petr Cech was beaten to the ball by Shane Duffy for what was Brighton’s first league goal from a corner all season. 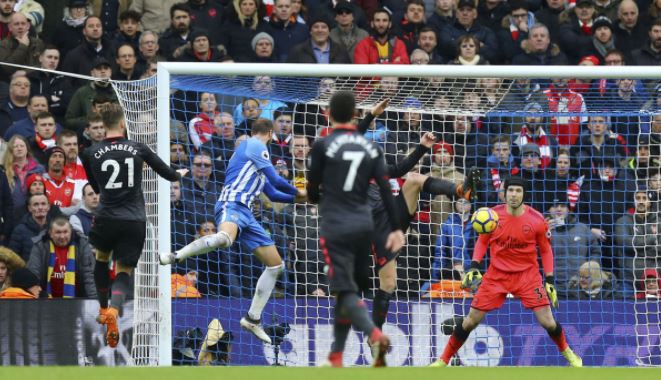 The second goal came on 26 minutes when Laurent Koscielny gave the ball away and Glen Murray was on hand to head in a cross from Pascal Gross.

Brighton could and should have added to Arsenal’s woes in the first half by putting the game out of reach but Chris Hughton’s side spurned several clear-cut chances to give Wenger’s below-par team a hope of getting back into the game. 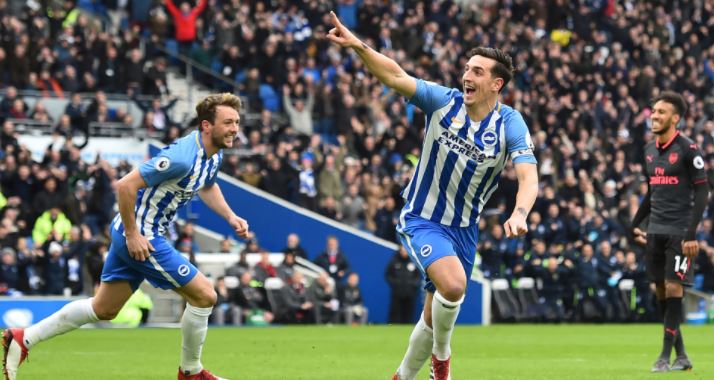 Three away wins in 15 games would be enough to get most top-level managers the sack and the likelihood of Wenger leaving Arsenal after 20 years is becoming more and more likely with each defeat.

Former Gunners striker Alan Smith pondered in his commentary for Sky Sports whether majority shareholder and owner Stan Kroenke was watching the game, branding this Arsenal team the “worst” he’s seen for years. “The discontentment won’t go until there’s a new manager.”

Kroenke’s son Josh, who is currently in London on a three month review of matters at Arsenal, was not believed to have been present at the AMEX for another dismal defeat, but he is the man who will have a key influence in picking Wenger’s successor and deciding whether the Frenchman’s contract – which expires in the summer of 2019 – should come to an end sooner than next year.