BetKing to Empower 10 Youths with N10m 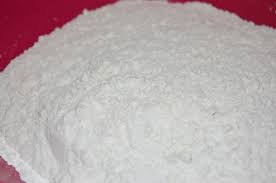 A new betting company, BetKing, on Monday said that it would give out N10 million as grant to support 10 Nigerian youths in their chosen businesses.

The BetKing, Co-founder, Mr Adekunle Adeniji, told newsmen in Lagos that the gesture was part of the company’s Corporate Social Responsibility (CSR).

The News Agency of Nigeria (NAN) reports that BetKing, launched in Lagos in February, has a former Nigeria national team captain, Austin Jay-Jay Okocha, as its Brand Ambassador.

“As part of our CSR for 2018, we will be the setting aside N10 million to empower young Nigerian entrepreneurs to engage in various skills and businesses of their choices.

“The grant is open to new and existing businesses that need funds for expansion. Beneficiaries will be mentored to ensure they make the best use of the money that would be given to them,’’ he said.

Adeniji said that the aim was to assist young entrepreneurs to grow economically and be useful to the society.

“We are not just operating as a business enterprise; we want add values to the people’s lives. BetKing strongly believes that every Nigerian, irrespective of status, has the potential to be a king.

“Every Nigerian youth will have an equal opportunity of getting the N10 million entrepreneurship fund, as a selection of the lucky 10 will be thrown open.

“A transparent process of selection is in place. We are going to set up a board to oversee this important CSR initiative of BetKing.

“A website where prospective applicants will submit proposals for considerations will soon be opened. At the end, the 10 successful young Nigerians would be picked,” he said.

Adeniji gave the assurance that the beneficiaries would be followed up by the company to monitor how they would spend the money.

He said that the company would also create no fewer than 4,000 jobs nationwide in 12 months through its agency network, in an effort to contribute meaningfully to the Nigerian society.

Adenji pledged that the sports betting platform would offer customers the opportunity to bet on all major sporting events, including football, tennis, basketball, boxing and volleyball.

NAN reports that Okocha had, in response to the honour given him, remarked:  “I have trained my whole life to be a winner in any of my endeavours. What I know that makes people great is to be passionate and persistence in anything they do.

“BetKing’s philosophy really speaks to me on the importance of people taking their destiny in their hands.’’ (NAN)