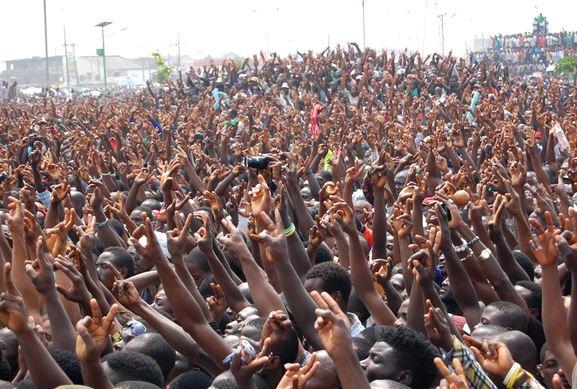 Turaki Hassan, Abuja: Speaker of the House of Representatives, Hon. Yakubu Dogara has said that Nigeria cannot expect to excel as a nation if it does not match words with action in science and technology development.

While pledging the commitment of the House to supporting the growth of science in the country, he added that it is imnovation that dictates the country that leads, and is key to ending youth unemployment.

Speaking at the Technology and Innovation Expo 2018 in Abuja on Friday, Dogara stressed the importance of scientific development and said that it also provides an avenue to tackle youth unemployment, which has been a perennial challenge to successive administrations in Nigeria.

He stated, “If we think that we can continue to pay lip service to innovation and still excel as a nation, we will be deceiving ourselves or we will be expecting something that was never the case, never has been and never will be.

“There is no way in the contemporary world that the destinies of nations can be secured without the needed advances in science and technology. As a matter of fact, this should be the most important national focus because whatever it is that you have as a nation, whether it is the wealth that is buried beneath the surface of our land, you need science and technology to bring it out.”

The speaker also urged young people to be innovative, as it remains one of the most effective ways of attaining global recognition and effectively managing resources.

“When we talk about science and technology, we are talking about innovation. Thankfully, innovation involves nothing new because all that we need to innovate with is already here with us. Innovation involves arranging old things in new ways and I guess some of the participants today can attest to that. It’s thinking about things that are not working and even things that are working, and how to improve on them.

“Any nation that out innovates you can outcompetes you in the modern global space so as a nation, we have every reason to devote attention to events like this. I can tell you there’s no better way that we can rein in resources in terms of money than to innovate. When you innovate, it’s like a light that attracts the entire world to you.”

“I’m particularly impressed, for instance, if you take the area of agriculture, in the nation of Israel. Even the United Nations said that Israel, though a desert nation, is the most agriculturally efficient nation on earth. Just because of innovation, so many people go to that desert nation to learn how to farm.

“Even in the area of warfare, it is innovation that dictates the country that leads, and if we think that we can continue to pay lip service to innovation and still excel as a nation, we will be deceiving ourselves or we will be expecting something that was never the case, never has been and never will be.

“I want to commend this initiative and say that as members of the National Assembly, we pledge totally our support. We will continue to put the funds there for our teeming young people to innovate.The crisis of unemployment facing us in this nation will be brought to an end. That is what we expect of those who are innovating on our behalf.

“It is only in the field of science and technology and innovation that even if you steal, your nation will be proud of you and you’ll be celebrated.”