The defence in the corruption trial of Justice Mohammed Yunusa, a judge of the Federal High Court, said on Friday that an Ikeja Special Offences Court lacked the jurisdiction try the case. 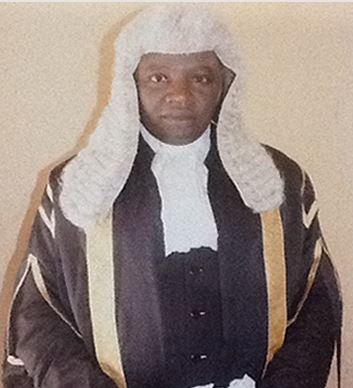 The defence counsel, Mr Robert Clarke (SAN), made the assertion at Friday’s proceedings on the two preliminary objections filed by the defence before the court.

Clarke said the court lacked the jurisdiction because Yunusa had been cleared of the criminal charges by the National Judicial Commission (NJC).

“Charges one and two of the five charges before Your Lordship was submitted to the NJC by way of petition and the NJC had absolved the first defendant of those charges.

“For Your Lordship to sit on the same charges without acknowledging the decision of the NJC will be amounting to double jeopardy.

“No evidence was reported to the NJC as required by the Constitution for counts 3 and 4 of this charge,” Clarke told the court.

Clarke said to back his claims, he had submitted the report of the NJC to the court in the proof of evidence for the first defendant.

However, Mr Wahab Shittu, the prosecuting counsel for the Economic and Financial Crimes Commission (EFCC) in a counter-affidavit dated Feb. 16, opposed Clarke’s submission.

“The application of the first defendant is predicated on the decision of the Court of Appeal in the Federal Republic of Nigeria Vs Nganjiwa as well as the provisions of Sections 153 and 158 of the 1999 Constitution.

“According to the constitution, the NJC has the power to appoint, dismiss and exercise disciplinary control on a judicial officer.

“This is not a disciplinary but a criminal proceeding, the NJC is not a court of law but a fact-finding committee and there is no where in Sections 153 and 157 of the Constitution that states that a judicial officer should not face trial.

“Nothing in the Constitution and Criminal Law of Lagos State precludes My Lordship from assuming jurisdiction to hear this case.

“This is an attempt to delay this proceeding and shield the first defendant from facing a criminal trial,” Shittu said.

Mr John Odugbela (SAN), counsel to Esther Agbo, the second defendant, in a preliminary objection dated Feb. 13 also noted that the court had no jurisdiction to hear the case based on three grounds.

“The first ground is that the charge filed by the complainant is incompetent and violates the clear provisions of Section 66 of the Criminal Law of Lagos.

“The charge was initiated by one Mr E. E Iheanacho, a principal detective with the EFCC with the offences alleged to be under Sections 63 and 65 of the Criminal Law of Lagos State.

“No proceedings for an offence under those laws can be initiated except by an information signed by the Attorney-General of Lagos State.

“The amended charge is incompetent as it was initiated by a detective of the EFCC which did not follow due process and is a violation of Section 66, and as a result, Your Lordship cannot exercise jurisdiction.

“The second ground is that there is only one-count against the second defendant and only the National Industrial Court that has the criminal jurisdiction to entertain that count in this charge.

“The beginning of that charge reads ‘in the course of your employment’ and since the alleged offence occurred during the employment of the second defendant, it is only the National Industrial Court that has jurisdiction to hear this case.

“Our third ground is that the offence alleged in the count-five is unknown to law which contravenes Section 36(12) of the 1999 Constitution,” he said.

Odugbela had urged the court to uphold all the grounds of his preliminary objection and decline jurisdiction to hear the suit.

“The EFCC has the competency to file proceedings on behalf of the Attorney-General.

“The National Industrial Court may have jurisdiction but it is not exclusive, if it were to be exclusive, the language of Section 252 would have been employed.

“The crux of the amended charge is offering gratification to a public official as contained in the charge, even if the Industrial Court has jurisdiction this does not preclude this court from having jurisdiction.

“The law is instructive under Section 64(a)(c) of the Criminal Law of Lagos 2011,” the EFCC prosecutor said.

NAN reports that the EFCC had arraigned Yunusa, a judge of Lagos Division of Federal High Court, alongside Agbo, a staff member of the law chambers of Mr Rickey Tarfa (SAN) on Jan. 17.

Yunusa was arraigned on four counts bordering on attempted perversion of the course of justice and corruption by a public official, while Agbo was charged with offering gratification to a public official.

They, however, denied the charges.

It also alleged that Yunusa collected N1.5 million bribe from Tarfa for the purpose of giving favourable rulings and judgments in the cases.

The judge is also being accused of receiving N750, 000 from Mr Joseph Nwobike (SAN), between March 2015 and September, 2015, to get “favourable” judgment in some cases.