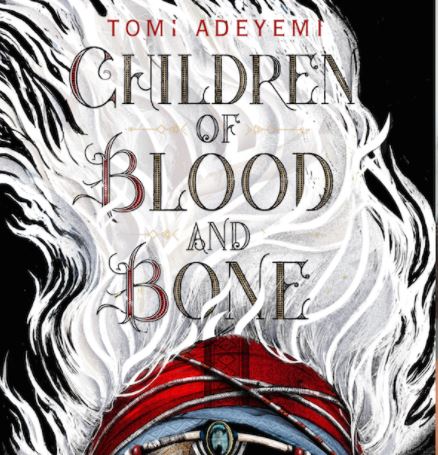 Adeyemi, who released the novel on March 6, landed a seven figure book-and-movie deal with Hollywood Fox studios for `Children of Blood and Bone,’ her first novel also described as a “Black Lives Matter-inspired fantasy novel,” a year ago.

Fox 2000, which purchased the film rights before the novel was released, was so impressed by the 24-year-old’s writing style that they tagged the project as being as successful as its other YA franchises, Twilight and Maze Runner.

Adeyemi took to her twitter handle @tomi_adeyemi to write: “The wait is over!!! Children of Blood and Bone finally out in the world.

“Thank you to everyone who’s been on this journey with me and supported this book. Orisa, Zelie and I have been waiting for you. #Orisaforever #nowwerise.

“Don’t really have words for this moment. I have officially held my first book,” she tweeted. 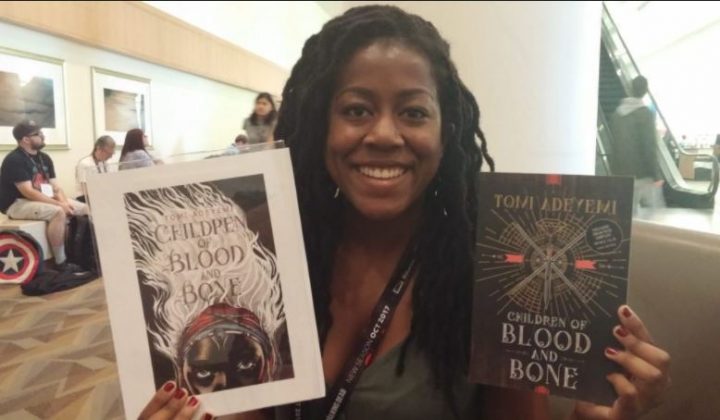 Adeyemi, a Harvard graduate, said her book was inspired both by West African mythology and the ‘Black Lives Matter’ movement.

Social media has been buzzing with excitement as book lovers, celebrities, shared covers of the book and personal reviews using hashtags #Orisaforever #nowwerise.

Also, Nigerian actress Genevieve Nnaji joined the list of people promoting the book when she shared the book cover on her instagram page @genevievennaji.

She wrote: “Just bought this book on #ibooks written by one of ours @tadeyemibooks. I’ve heard great things and I can’t wait to begin my adventure.

“Who wants to go on the fantasy journey with me?”

She also described the feeling of having a successful debut book as surreal, on the ‘Good Morning America’ show recently, where she discussed the book and its connection with her Nigerian roots.

“Before the book even came out, she already inked a movie deal and the rights were sold in over 16 countries. Congrats and rooting for your majorly. #NaijaPowa.”

Social commentator Henry Okelue @4eyedmonk commented on twitter where he shared a video of her interview on ‘Good Morning America’.

He wrote: “I woke up to this. Nigerians doing great stuff everywhere we are. Tomi Adeyemi, author of Children of Blood and Bones.”

Other Nigerians and black Americans, who were pleased with the inclusion of West African culture featured in the novel, also took to twitter to express their satisfaction.

@Charliebnl tweeted, “Absolutely captured by Children of Blood and Bones. Every Chapter brings with it a new adventure to thrill me;

“Hold my attention and make me want to reach the end quicker whilst desperately seeking to saviour each moment. Thank you for writing this.”

“What a twist ending! And your author’s note was real, true. Thank you so much. Can’t wait for the sequel.”

Children of Blood and Bone tells the story of a dark-skinned girl who takes on an empire.

Zélie, the main protagonist in this story, was only a six-year-old Orïsha when she watched the king’s guard hang her mother on a tree outside her home.
Never forgetting it, she contained the blessing of god’s magic within her spirit.

10 years later, Zélie Adebola has a chance to bring magic back into the world.

Adeyemi, who has been referred to as the next J.K. Rowling (writer of the successful Harry Potter series), created an epic tale of an oppressive world that a lot of Black people can relate with.

She hinged her characters, their conversations and habitats on the rich culture and traditions of her indigenous Yoruba culture.

NAN reports that the book follows the protagonist ‘Zelie’, who at six years old watched the king’s guards hang her mother on a tree outside her home.

She never forgot it. In the beginning, every Orïshan was a magi: born with dark skin, stark white hair and the blessing of the god’s magic once they reached adulthood.

Yet over time, their population dwindled and they became Orïsha’s minority. Magic became a thing to loathe, dark skin transformed into a thing to hate.

Ten years after the raid that killed her mother and took away magic forever, Zélie Adebola has one chance to bring magic back.

Fox Studios noted that it was so impressed with the 24-year-old’s writing that it decided to obtain the film rights before the novel was even released.

The film company hopes it will be as successful as its other young adult franchises ‘Twilight’ and ‘Maze Runner’.

Adeyemi who is based in San Diego, California, is also a creative writing coach.

After graduating from Harvard University with an honors degree in English literature, she received a fellowship that allowed her to study West African mythology and culture in Salvador, Brazil.

When she’s not working on her novels or watching Scandal, she can be found blogging and teaching creative writing to her 3,500 subscribers at tomiadeyemi.com.

Her website has been named one of the 101 best websites for writers by Writer’s Digest.