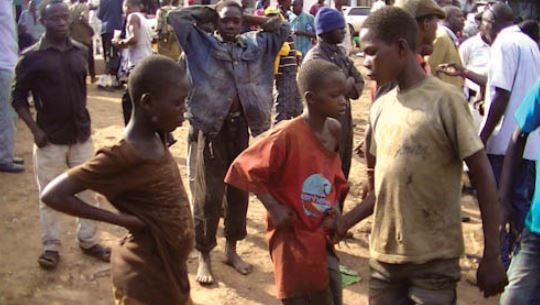 The National Drug Law Enforcement Agency (NDLEA), Oyo State Command, has raised alarm over the use of under-aged street children in the sale of hard drugs in the state.

Mrs Mutiat Okuwobi, the Public Relations Officer (PRO) of the command, raised the alarm in an interview with the News Agency of Nigeria (NAN) on Thursday in Ibadan.

Okuwobi said the trend had posed very serious danger to the state and called on parents not to allow their children turn into street urchins.

“In some areas you will find that street children are used to perpetrate sales of hard drugs; most of these children are under-aged.

“They don’t really start out by using the drugs but they help in selling it, especially marijuana or cannabis sativa. These children are supposed to be in school,” she said.

Okuwobi also decried the high rate of use of drugs among adults and adolescents in the state.

“The use of tramadol and cough syrup is trendy now; these are conventional drugs people use. It is mostly abused by youths. Some children also abuse these drugs.

“Children that take these drugs must have probably collected them from older persons as they cannot on their own buy them,” he said.

The PRO further said that few children had been arrested along with some youths abusing the conventional drugs in some bad joints.

She also said there had been some reported cases of secondary school students in the state who indulge in hard drugs.

“We have some secondary schools around our command office at Onireke where students are involved in hard drugs and the authorities do call us for intervention.

“We have counseled some students and there is the need for continuous sensitisation among the students and that is what we do generally to stop the menace.” Okuwobi said.