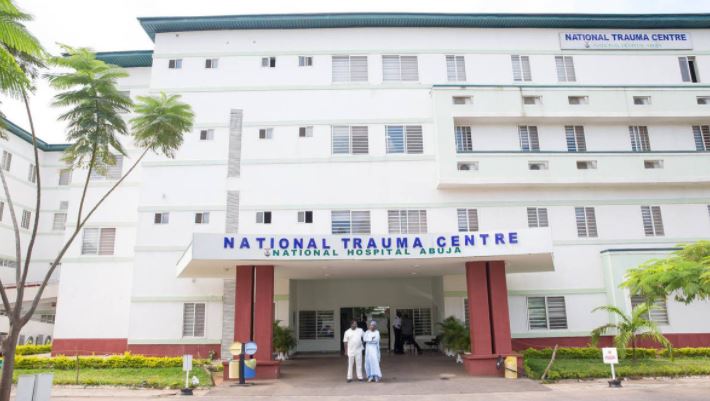 The National Hospital, Abuja, says its trauma centre is offering a 24-hour service, contrary to speculations that the facility has been close down.
The spokesperson of the hospital, Dr Adetayo Haastrup, made this known on Friday in Abuja.
Haastrup said that the centre is providing a “2-4-7 consultancy services’’ to the satisfaction of patients.
He added that consultants and other medical personnel were always on ground to receive patients.
According to him, the centre has been receiving victims of road traffic accidents by “giving them stabilisation treatment and thereafter transfer patients to various wards’’.
“The centre is working; anybody who is in doubt of the functionality can confirm from the Road Safety Commission, Police and other road traffic accident agencies.
“The centre is functioning; we have consultants, doctors and other medical workers are on 24 hours duty here; the centre is well maintained,” he reiterated.
Haastrup said the centre has a complete setup to give efficient medical services to patients.
“The centre has a laboratory, radiography section, among others; it also has helipad and facilities to enable the centre receive patients brought in an air ambulance to the hospital,” he said.
He advised Nigerians to continue to patronise the centre.
Some relatives of patients receiving treatment at the centre also confirm the functionality of the facility.
Mr Salisu Junaid, whose brother was on admission at the centre, told NAN that the functionality of the centre was not in doubt, saying “any contrary opinion is not true’’.
Junaid commended the professional manner of response by the doctors and other medical personnel at the centre.
He however said that bed space was the only challenge he had on arrival.
“As you can see, the centre is working; response from doctors and other medical personnel at the centre is encouraging.
“I found the centre very useful in terms of saving lives.
“Since I brought my brother here, there was no issue of equipment malfunction,” he said.
Similarly, Miss Faith Obanyi, who described doctors’ attention as professional and prompt, commended their efforts and other health personnel at the centre.
“I brought my brother here last night unconscious; but now he has regained his consciousness, they are doing a great job at this centre,” she said.
NAN reports that the national trauma centre is an emergency unit of the National Hospital that provides full range of specialised care needed by severely injured patients.