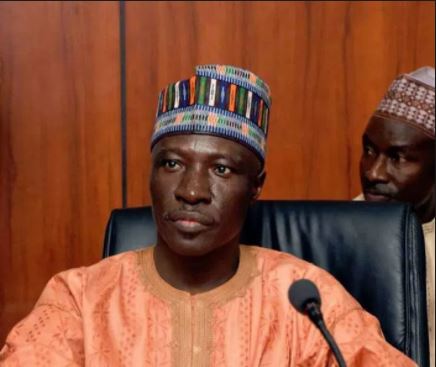 President Muhammadu Buhari has described the death of Sen. Ali Wakil from Bauchi State as “an incalculable’ loss to Nigeria’s democracy.

The President in a condolence message issued by his Senior Special Assistant on Media and Publicity, Malam Garba Shehu, in Abuja on Saturday, said that the death of the senator came as a great shock to him.

President Buhari observed that late Wakil’s dedication to duty would remain one of the greatest virtues for which he would be remembered.

“The passion for duty was one of the finest qualities of late Senator Wakil,’’ he added.

He, therefore, urged other democratically elected leaders to borrow a leaf from the deceased’s record of dedication.

While praying to Allah to bless the soul of the departed senator, President Buhari also extended his condolences to his family, his colleagues in the National Assembly, as well as the government and people of Bauchi State over the loss.

Late Wakil, 58, representing Bauchi South District under the platform of All Progressives Congress (APC), who was the chairman, Senate committee on Poverty Alleviation, died on Saturday.

The deceased, a retired Comptroller, Nigeria Customs Service, defeated the former Governor of the state, Malam Isa Yuguda during the 2015 elections, to become the senator representing Bauchi South.

He attended Lere Primary School in Tafawa Local Government Area of Bauchi State from 1965 to 1972, proceeded to Government Secondary, School Damaturu in the then Borno, from 1972 to 1977,where he obtained his Senior School Certificate.

From 1977 to 1979, he attended Bauchi College of Arts and Science and subsequently proceeded to Bayero University, Kano for his Degree course, graduating in 1982.

He also attended the Nigerian Custom Training School, Lagos in 1984 and thereafter rose to the position of Comptroller of Customs in 1996 and retired in 2009.

The late lawmaker, a member of the National Institute, left behind two wives, 10 children and other relations.