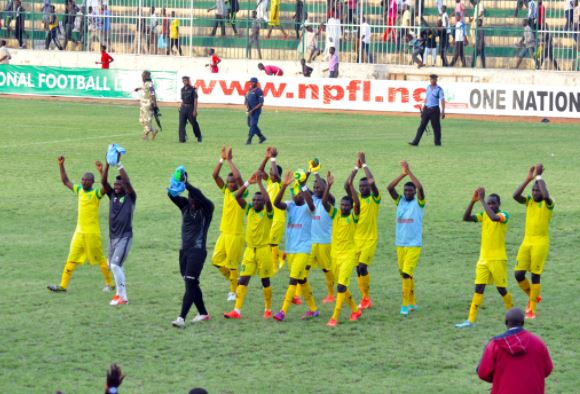 Tosin Omoyele’s 24th minute goal, after Salomon Junior’s assist, helped Plateau United to beat Tunisia’s Etoile Du Sahel 1-0 in Jos, but they still join MFM FC of Lagos in crashing out of the 2018 CAF Champions League after losing out on a 3-4 aggregate.

The Nigeria Professional Football League defending champions lost the first leg of the tie in Tunis 4-2 which put them on a disadvantage side. The needed two goals to qualify for the next round of group stage in the competition. At the end of the game the came short of a goal to make it.

Nigerian professional teams have over the years fail to qualify for the group stages in the African league.