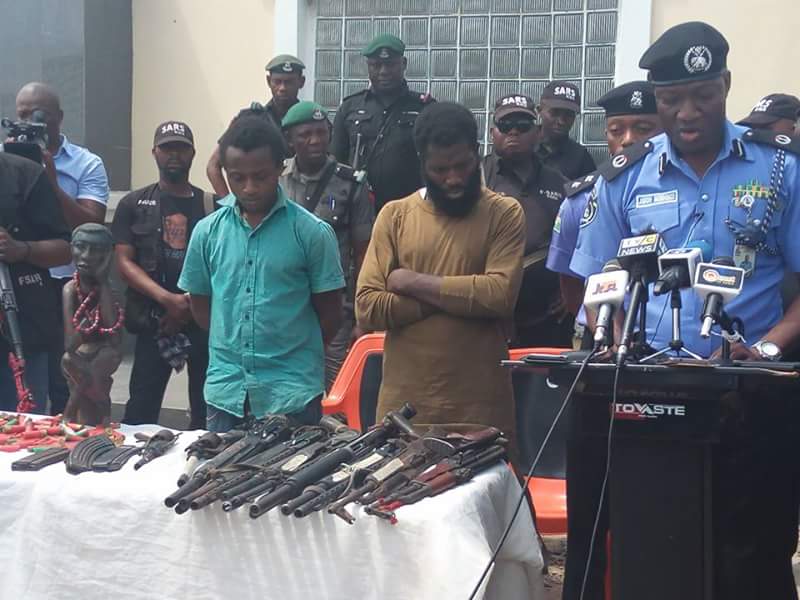 Jimoh Moshood, Abuja: ACP Jimoh Moshood in a press conference present to the press 2 suspects who are used as political thugs by politicians and kidnapping at the force headquarters.

1. KABIRU SAIDU a.k.a OSAMA “31 YRS” From Dekina LGA but based in Anyagba (Leader of the gang)

III. Two (2) Locally made Pistol with one using AK47 Ammunition

Working on actionable intelligence, the Kogi State Police Command personnel and Federal Special Anti-Robbery Squad trailed and arrested the two suspects listed above after a gun battle with the Police team that lasted for some hours on the 19th January, 2018 atOgojueje in Dekina Local Government Area of Kogi State. During investigation, they confessed to the various criminal roles they played in the commission of several kidnappings and Armed Robbery in different towns across Kogi State and its environs for which they have been on the wanted list of the Police for more than two years now.

During interrogation, they further confessed they were Political Thugs recruited by some mischievous Politicians in Kogi State to cause mayhem, and disruption of peace, and destruction of lives and property in the State. They also confessed to belonged to the gang of a dreaded and vicious kidnap for ransom gang under a gang leader (name withheld) whose where about is being investigated by the Force. The two suspects were identified by some of their victims.

According to the gang leader KABIRU SAIDU a.k.a OSAMA “31 YRS” he has been working as a Political Thug for one Alh. Mohammed Audu a Politician in the State. They said Alh. Mohammed Audu invited him to Abuja and introduced him to Senator Dino Melaye and they met on Airport road, Abuja inside the Senator Dino Melaye’s Car in the month of December, 2017. The suspect further confessed that, Sen. Dino Melaye told him that they should start working for the Senator as his Political Thugs and they should recruit and train more other thugs to work for him in preparation toward 2019 General election to enable him ( Sen. Dino Melaye ) challenge his political opponents and disorganized Kogi State. 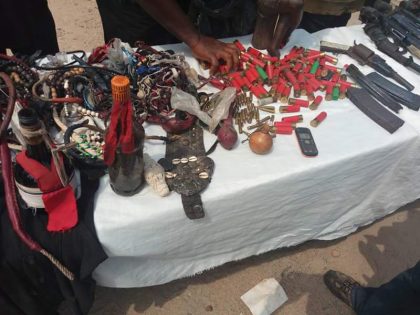 The gang leader KABIRU SAIDU a.k.a OSAMA “31 YRS” further confessed to the Police investigative team that Senator Dino Melaye handed over a bag containing the following firearms one (1) AK47 rifle, two (2) Pump Action guns and the sum of four hundred and thirty thousand naira N430,000.00 to share with his boys.

A case of Criminal Conspiracy and unlawful possession of prohibited firearms have therefore been filed by the Nigeria Police Force at Federal High Court Lokoja on 16thMarch, 2018 against the two suspects mentioned above, Senator Dino Melaye and Alh. Mohammed Audu who is also a suspect in the matter and is now on the run. 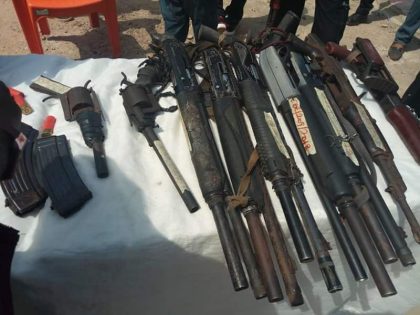 The renewed commitment of the Nigeria Police Force to sustain the tempo of the fight against kidnapping and other violent crimes in the country and guarantee protection of Lives and Property remains unequivocal and unwavering.