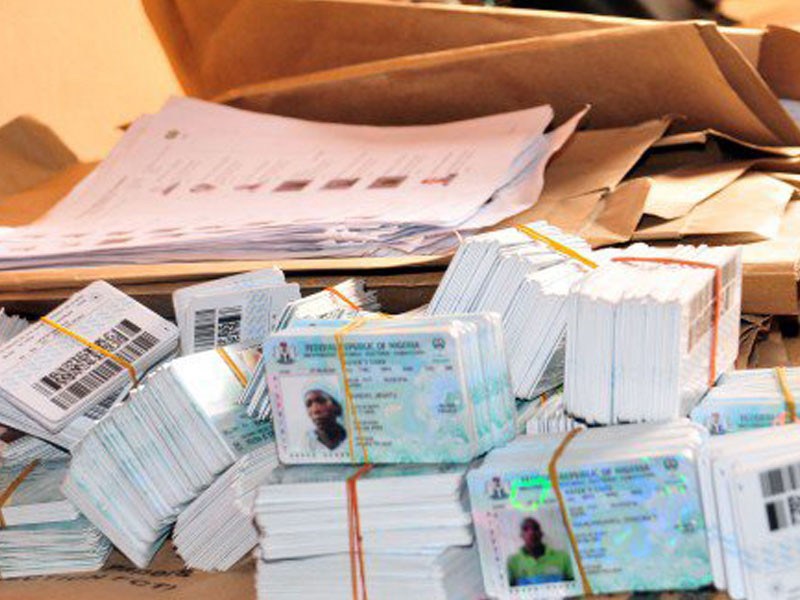 The President of Market Women and Men Association, Wuye Market Chapter, Madam Felicia Sani, has called on every eligible Nigerians to register and get their Permanent Voter Cards (PVCs).

Sani made the call at a town hall meeting in Abuja, titled, Road Map to a Sustainable Electoral Process in Nigeria, organised by The Progressive Impact Organisation for Community Development, (PRIMORG)

The president of the association showed everyone present her permanent voter card and urged everyone to  participate in the electoral process and not be passive.

“Now, it is not a question of I won’t do politics, this must be done by all of us, this is because if you don’t vote at the beginning you cannot vote at the end.

“Formerly, during elections most of us don’t vote and because of this, they give us those they want as our leaders,’’ she said.

Also, Sani encouraged everyone who had a voter card to protect it jealously and use it during the elections because “our lives and those of our children are at stake.’’

A former House of Representatives member, Mr Solomon Edoja, said “political thieves are put in power by the electorate who sit at home on election days on the assumption that results are written before  elections.

“The most dangerous type of stealing is political stealing and these thieves get into office because we allow them.

“We do this by sitting at home during elections with the perception that the result have been written even before the elections.

“The politician that wants to steal when he gets into office finds a way to bribe the electorate with different items and many of us just collect these items without asking how and why.’’

He urged everyone present to be ready to prevent every political robber in 2019 “as we have many credible candidates around us.

“ Your PVC is your power, the politicians know this, that is why they carry out campaigns, so, if you sit at home, they are happy and easily put themselves in power.’’

He said the mechanism would help to verify election results  statistically promptly, adding that the group would deploy  observers to the 774 local government areas in the country.

The idea is to reduce voter apathy, build confidence in the process and help reduce violence as those who lost elections will know that the whole process is credible. Oluwaseyi said.

Mrs Ndidi Okafor, Head of Voter Education and Publicity at INEC in the Federal Capital Territory (FCT), encouraged everyone to register in the on-going Continuous Voter Registration.

She said the first part of the registration process would end in March but resume in April.

Okarfor advised the traders to be wary of politicians who  would want to use their children to instigate violence during elections.

She said before embarking on any violent act, people should ask for the whereabouts of the children of the politicians “because they are all in good schools abroad studying.’’

PRIMORG is an independent, non-governmental and non- profit organisation registered in Nigeria.

It seeks to educate the grassroots through, advocacy and campaign, electoral work, research and documentation, information sharing, seminars, among others. (NAN)