Lagos State Government, through the Ministry of Tourism, Arts and Culture, is set to host a boat regatta funfair to boost internal revenue. 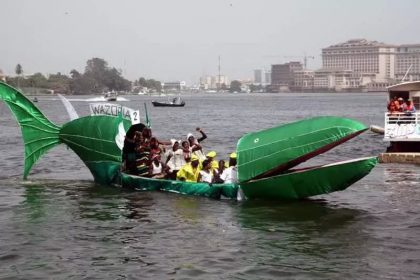 Mr Steve Ayorinde, the Lagos state Commissioner for Arts, Culture and Tourism, said on Thursday that the regatta would hold on April 1 at the Lagoon Waterfront, Ikoyi.

Ayorinde said in a statement that the funfair would also attract investors to the rich aquatic cultural asset embedded in the state.

He explained that the ceremonial regatta “is one of the major festivals listed in the 2018 Calendar of Arts and Culture Events by Lagos State, earlier released in the year.”

The commissioner said that the boat regatta is open to the public.

“It is a cultural and entertainment funfair meant to showcase part of the state’s rich aquatic cultural asset, being a festival that is common to the traditional coastline communities.

“The boat regatta is a traditional tourism feature of Lagos State and this year’s outing is in line with the vision of Gov. Akinwumi Ambode.

“It will further showcase the tourism values, the beauty of Lagos waterways and market its potentials to local and foreign tourists as well as investors,’’ Ayorinde said.

According to him, the water regatta will also serve as a family recreation show for the benefit of Lagosians and tourists on Easter Sunday.

Similarly, private boat owners and other stakeholders involved in marine leisure and hospitality ventures will feature at the event, he added. (NAN)