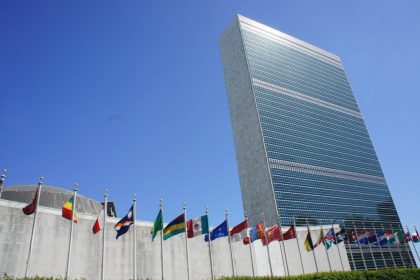 This is contained in a statement by Mr Abiodun Banire, the National Public Information Officer, UN Office for the Coordination of Humanitarian Affairs (OCHA) in Abuja.

At least 34 civilians lost their lives in the attack which left 90 others injured.

Banire said that recent weeks had seen a steady continuation of attacks on civilians in the three most conflict-affected states of Borno, Adamawa, and Yobe in the Northeast Zone of the country.

Banire quoted Gaba as saying that since the beginning of the year, no fewer than 120 civilian were reportedly killed while more than 210 sustained serious injuries in more than 22 attacks allegedly carried out by non-state armed groups.

He said that civilians were also regularly abducted in Dapchi, Yobe, where 110 school girls were kidnapped on Feb. 19.

“Innocent civilians continue to suffer daily from direct and indiscriminate attacks in the North-east of Nigeria.

‘’Endless numbers of explosions, brutal killings, abductions and looting continue to uproot the lives of women, children and men daily.

“I call on all parties to the conflict to end this violence and to respect human life and dignity.

“The protection of civilians is a major focus of the ongoing humanitarian response in the north-east of Nigeria where 7.7 million people remain in direct need of humanitarian assistance, including food, shelter, water and health care, in the most conflict-affected states of Borno, Adamawa and Yobe,” he said.

According to him, women, children and men face daily grave human rights violations and sexual and gender-based violence.

He said that since the start of the conflict in 2009, more than 20,000 people had been killed, thousands of girls, women, boys and men abducted, while children continue to be used routinely as so-called “suicide” bombers. (NAN)