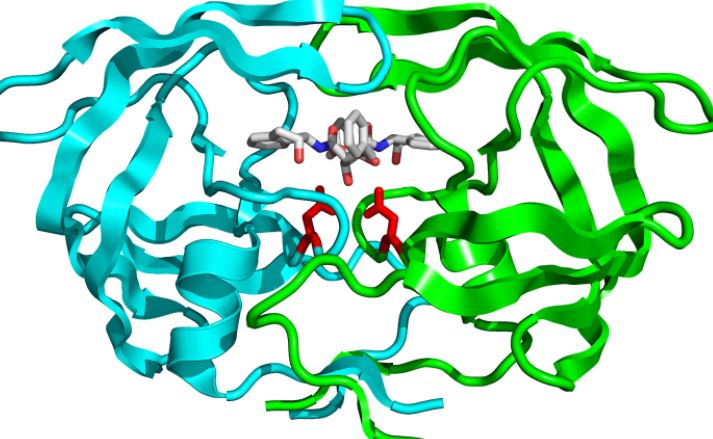 American and Chinese scientists have identified how a multi-functional enzyme works to fight diseases including HIV infection and autoimmune disorders.

The study, published in the journal Proceedings of the National Academy of Sciences, has detailed how the enzyme called “SAMHD1” managed to inhibit proteins that stimulate the immune response in human and
mouse cells.

SAMHD1 is a cellular enzyme, responsible for blocking replication of HIV in dendritic cells, macrophages and monocytes.

This, they said, opens up the possibility of finding ways to turn this activity on and off and making
way for new therapeutic approaches for hard-to-treat diseases.

The paper’s senior author Wu Li, a professor in Ohio State University’s Centre for Retrovirus Research, and colleagues from China’s Wuhan University have illuminated the way in which “SAMHD1” act as a neutraliser
of potentially harmful responses during viral infection.

The researchers said that lacking this enzyme due to “SAMHD1” gene mutations can activate the human immune
system and increase inflammation.

“SAMHD1 is responsible for balanced regulation of the immune response, but it also could limit HIV or other viral
infections and alter the progression and treatment of certain cancers,” Wu told Xinhua.

Wu said the enzyme could break down a DNA building block in our cells – to act as “molecular scissors.”

“Too much of this building block due to SAMHD1 deficiency caused by genetic mutations can lead to autoimmune
diseases and help cancerous tumors grow.

“If we can find a way to cut off or reduce the supply, the disease might not be viable, like a car without gas.”

“Because inflammatory pathways influence nearly all diseases in humans and animals, including HIV infection and cancers, identification of SAMHD1 as an inhibitor of immunity may have far-reaching implications in
biomedical research,” he said.