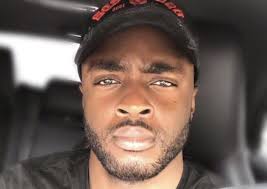 The Federal Government has demanded justice from the UK Government on the killing of a Nigerian, Mr. Abraham Badru, by a gunman in London.
Mrs. Abike Dabiri-Erewa, Senior Special Assistant to the President on Foreign Affairs and Diaspora, made the demand in a statement by her Media aide, Mr. Abdur-Rahman Balogun, on Wednesday in Abuja.
Dabiri-Erewa was quoted as making the call in a letter written to the British High Commissioner in Nigeria.
“I wish to sadly bring to your attention, the killing of a 26-year old Nigerian, Mr. Abraham Badru, by a gunman on Ferncliff Road, Hackney, London, at about 11 p.m. on March 25.
“The deceased, a son of a current member of the House of Representatives (Lagos Island Constituency 1), Mr. Dolapo Badru, has worked as a football coach at the University of Gloucestershire, UK.
“The deceased was also recently honoured with a bravery award by the police after saving a sex-attack victim and assisted in the convictions of the attackers.
According to her, it is pertinent to inform you that Badru’s death is a great loss to his family and he was the only child of his mother.
“His death has left his parents and other members of his family in deep shock, grief, and agony.
“He was a successful and law-abiding person in the United Kingdom and also the Sports Development Officer for six months in the city of Bristol.
“In view of the foregoing, we appeal to the British Government to conduct a thorough investigation into the gruesome killing of this young Nigerian and bring the perpetrator to justice accordingly,’’ Dabiri-Erewa stated.
She condoled with the family of the deceased and prayed God to comfort