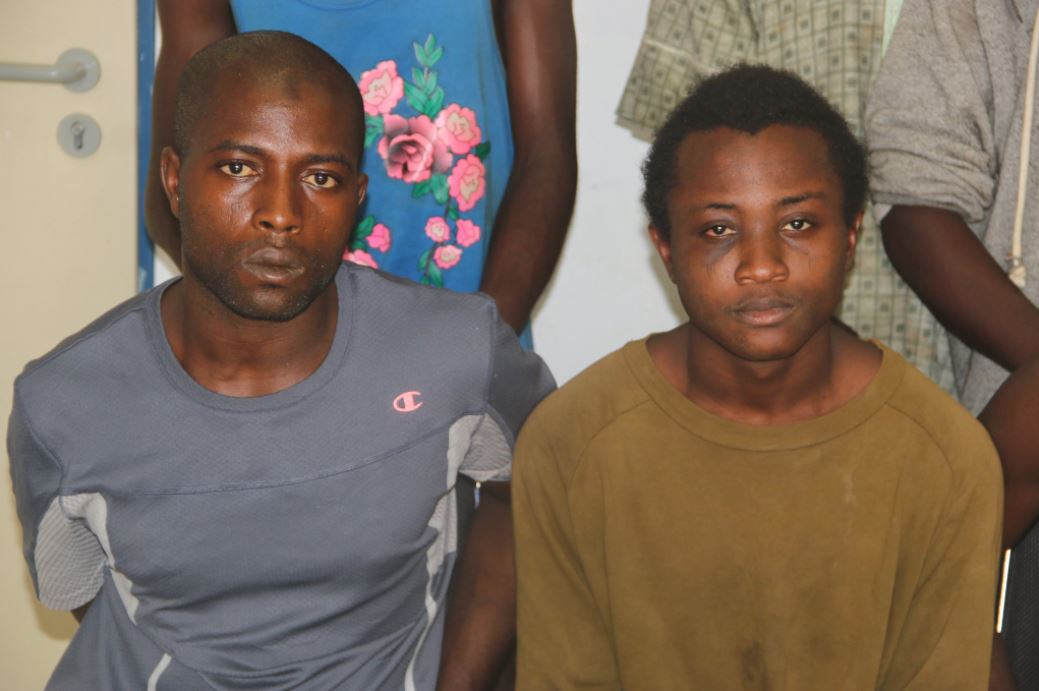 Jimoh Moshood, Abuja: On the 28th March, 2018, the Kogi State Command announced the escape from lawful custody of six (6) suspects including the two (2) Principal Suspects (KABIRU SEIDU A.K.A OSAMA, NUHU SALISU A.K.A SMALL) whose confession indicted Senator Dino Melaye and Mohammed Audu in a case of Conspiracy and Unlawful possession of Prohibited Firearm already filed at the Federal High Court, Lokoja which came up in court on the date the suspects escaped from lawful custody (28th March, 2018).

The case was adjourned to 10th of May, 2018 for the Police to produce all the suspects in court.

Consequently, the Inspector General of Police, IGP Ibrahim K. Idris, NPM, mni, ordered the IGP’s Intelligence Response Team and Special Tactical Squad, Personnel of the Force Criminal Investigation and Intelligence Department to move to Kogi State and carryout discreet investigation into the escape and re-arrest the escaped suspects and bring all those involved to justice.

As a result of intense raids, cordon and search operations carried out by the Police Team in some identified criminal hideouts and black spots in some locations in Kogi State and other States of the Country and working on active intelligence gathered on the where about of the fleeing suspects. They were rearrested as follows:

KABIRU SAIDU a.k.a OSAMA “31 YRS” From Dekina LGA but based in Anyagba (Leader of the gang) rearrested in Tafa Balewa Local Government Area in Bauchi State.

NUHU SALISU a.k.a SMALL “25 YRS” (a member of the gang) rearrested in Ganaja Village, Lokoja State.

It would be recalled that working on actionable intelligence, the Kogi State Police Command personnel and Federal Special Anti-Robbery Squad trailed and arrested the two suspects listed above after a gun battle with the Police team that lasted for some hours on the 19th January, 2018 at Ogojueje in Dekina Local Government Area of Kogi State. During investigation, they confessed to the various criminal roles they played in the commission of several kidnappings and Armed Robbery in different towns across Kogi State and its environs for which they have been on the wanted list of the Police for more than two years now.

KABIRU SAIDU a.k.a OSAMA “31 YRS” had earlier confessed after he was arrested the first time to the Police investigative team that Senator Dino Melaye handed over a bag containing the following firearms one (1) AK47 rifle, two (2) Pump Action guns and the sum of four hundred and thirty thousand naira N430,000.00 to share with his boys. The Police conducted investigation into the criminal indictments against Sen. Dino Melaye and Mohammed Audu and discovered that the two (2) of them have case to answer. The two (2) suspects namely; KABIRU SAIDU a.k.a OSAMA and NUHU SALISU a.k.a SMALL were paraded at the Kogi State Command Headquarters, Lokoja on 19th March, 2018.

The Under listed suspects who played various criminal roles in the escape of the six (6) suspects and their suspected criminal accomplices are also arrested and will be prosecuted along with the principal suspects in court.

Seye Atowoju ‘M’ 27Yrs –During Police trail on the fleeing suspects, Seye Atowoju was arrested in the process of relocating four (4) of the escaped suspects; Kabiru Saidu a.k.a Osama, Nuhu salisu a.k.a Small, Musa Mohammed a.k.a Iko and Emmanuel Audu from their criminal hideout at Ganaja Village, Lokoja to another location to escape police re-arrest.

vii. Abbas Haruna ‘M’ 30Yrs – He is the Mallam of the principal suspect Kabiru Saidu a.k.a Osama. He also orchestrated his movement from Lokoja to his home town at Tafa Balewa Local Government Area in Bauchi State where both of them were arrested.

viii. Gloria Audu ‘F’ 28Yrs – She is the sister to one of the above mentioned suspects, Emmanuel Audu. She harboured him for some days to enable him escape Police arrest.

All suspects will be arraigned in court for prosecution on completion of investigation.
The Nigeria Police Force wishes to appreciate the members of the public for cooperating with the Police by giving timely information that has in no doubt aided the re-arrest of the escaped suspects.
The renewed commitment of the Nigeria Police Force to sustain the tempo of the fight against crimes and criminality in the country and guarantee protection of Lives and Property remains unequivocal and unwavering.