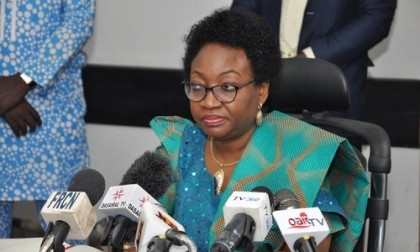 The Head of Service of the Federation (HOSF), Mrs. Winifred Oyo-Ita says the achievements recorded by President Muhammadu Buhari’s administration are not being given adequate publicity.

She made this known on Thursday in Abuja, during a peer review visit of Federal Permanent Secretaries to the Ministry of Information and Culture.

The peer review, an initiative of the HOSF is designed to acquaint permanent secretaries with the functions of all Ministries, Departments and Agencies (MDAs) and to compare notes.

Oyo-Ita called for improved funding for the Ministry of Information and Culture and its parastatal agencies to enable it to carry out its statutory duties of disseminating and propagating government activities, programmes and achievements.

“I want to emphasize that this administration is doing a marvelous job.
Though we are part of it, we can attest to that fact.

“I am from Cross River state and I know the number of roads that are being constructed including the Calabar to Umuahia road.

“However, we are not getting an adequate report of what the administration is achieving.

“I don’t know if it is intentional by the private media not to give adequate reports on these or whether it has some political undertone,’’ she said.

Oyo-Ita said the Ministry of Information and Culture should be accorded a “grade A’’ status because of its crucial mandate of projecting the image of the country nationally and internationally.

The HOSF called for firm regulatory oversight by the National Broadcasting Commission (NBC) in censoring children cartoons on pay television.

She decried the showing of children cartoon series with the unwholesome theme and images depicting lesbianism and homosexuality.

The number one civil servant also underscored the need for a befitting national gallery for the nation.

She kicked against the proposed plan to give a space for a national gallery in the Millennium Tower under construction.

“It is the most inappropriate place to situate a National Gallery.

“In other climes, National galleries are located in a beautiful and large location not inside a commercial complex that the Millennium Tower is going to be,’’ she said.

The HOSF commended the Permanent Secretary of Ministry of Information and Culture, Grace Gekpe for her skillfulness and ability to get 94 percent budgetary release to the ministry in 2017.

Earlier in a presentation, Gekpe said there was a cordial relationship among the ministry, its 18 parastatal agencies, their leadership and members of staff.

She said no fewer than 269 officers were trained in 201, and the management was relating well with labor union bodies in the ministry.

For effective performance, Gekpe called for the placement of tourism sector on the concurrent list rather than the residual list where it was placed.

The permanent secretary thanked the HOSF for the award of contract for the reactivation of elevators in Radio House, the Headquarters of the Ministry.

The News Agency of Nigeria (NAN) reports that there were interventions, contributions, and suggestions by other permanent secretaries in attendance. (NAN)