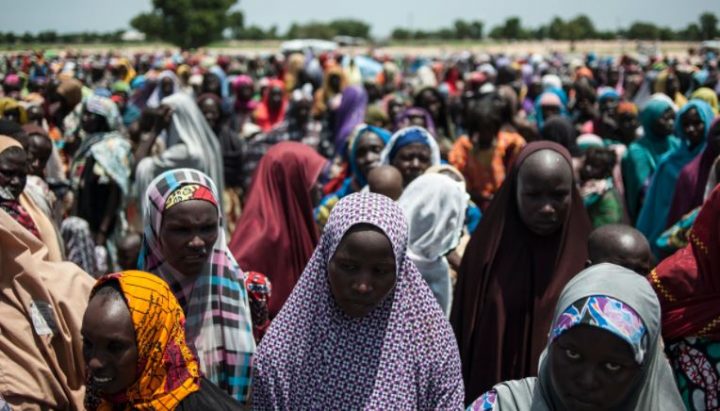 The International Organisation for Migration (IOM) said the Nigerian Government has relocated no fewer than 3,000 Internally Displaced People of Bama origin in Borno to their hometown.

IOM said the relocation followed the reopening of the Maiduguri-Bama-Banki road on March 24 by the Nigerian Military after four years of its closure due to Boko Haram activities.

The road, which runs from Maiduguri through Konduga, Bama, Gwoza and also connects to the neighbouring countries of Cameroon and Chad, was shut to commercial and public traffic in September 2014.

In a flash report, IOM said the return had increased the population of people in need of humanitarian assistance.

IOM said: “Following the reopening of the road, about 3,000 IDPs of Bama origin at Dalori I and II Camps in Maiduguri were relocated to Bama town by the Government of Nigeria, on April 2, 2018.

“The population of people in need of humanitarian assistance has increased significantly due to the influx, and a larger number of returns are expected in the coming days/weeks”.

The UN migration agency said Bama Local Government Area (LGA) had an IDP population of 49,139 individuals from 14,064 households as per the Displacement Tracking Matrix Round XXI.

It explained that Bama is the LGA of origin for the largest number of 203,374 of displaced persons in Borno and neighbouring states.

“Majority of the original population in Bama were displaced to other locations due to insecurity and inaccessibility.

“Prior to the recent population return to Bama, over 95 percent of the remaining people in the LGA resided in Banki Camp with 33,081 individuals and Government Secondary School Camp with 16,058 individuals.

“The Government has rehabilitated some communities in Shehuri and Kasugula wards of Bama, and IDPs are being assisted to return to these rehabilitated areas,” it said.

IOM also presented the displacement emergency tracking in Bama and flow monitoring along Maiduguri-Bama-Banki road showed that since March 24 when the road was reopened.

The UN agency said: “21 buses with a capacity of 75 passengers each and 67 wagons transported about 3,000 returnees from Maiduguri to Bama on April 2.

“IOM has registered 1,688 new arrivals – returnees – in Bama since April 2, and registration activities are ongoing “.

It added that 55 trucks carrying relief items and commercial products had made trips to Bama and surrounding locations through the reopened road.

According to the migration agency, more than 200 public vehicles have been witnessed carrying people to and from Bama.

The UN agency noted the activities of the Federal Government had mainly through the State Emergency Management Agency and Ministry of Rehabilitation, Reconstruction and Reconciliation.

It said the government functionaries had trucked food items, non-food items, tricycles, small power generators and other logistical items to Bama, with the aim of encouraging people to return to the area.

IOM said: “Traffic along the road has increased significantly, with flows involving people traveling to Bama for business, individuals visiting to ascertain the safety situation and status of their properties.

“And many who are returning to their homes due to the improved access. It is estimated that about 4,100 people have moved along the newly opened road since March 24th”.