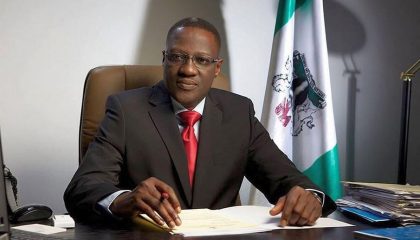 Ahmed made the promise when he visited the victims at the General Hospital in  Ilorin on Friday.

The governor had earlier ordered that the victims be relocated to Ilorin from Offa for adequate treatment.

He also directed that medical experts be mobilised from other states to Ilorin so as to give the victims prompt treatment and support.

Ahmed, who went around the wards to meet with the victims, described the incident as unfortunate.

He commiserated with families who lost loved ones and also prayed to God to grant the injured victims quick recovery.

“We will take care of all their hospital bills, we must begin to watch each other’s back.

“The job of policing is everybody’s job, when we see strange people in our communities,  we must learn to report to appropriate security agencies.

“Activities like this took sometimes in planning and execution,” Ahmed said.

The governor also stressed the need for community policing, maintaining that the police would work efficiently if they have information.

He reiterated his government’s support to strengthen the security agencies in the state,  especially in the area of logistics.

Ahmed, however, noted that there was the huge problem of financing in the country, but pledged that his government would work around it because the situation was now becoming precarious.

He maintained that his government would not allow the lives of the citizens to be on the line again.

The governor also inspected the stadium complex which was damaged in Tuesday ’s downpour.

He promised that his government would prioritize the repair of the affected parts of the stadium.

Ahmed also promised that work would start at the Indoor Sports Hall of the stadium complex as soon as funds were available.  (NAN)