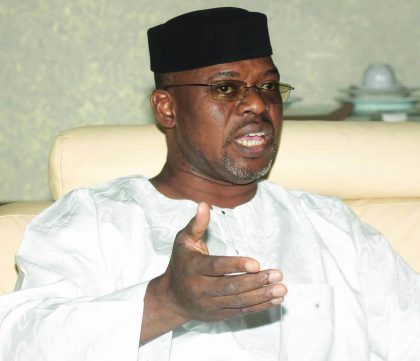 He said in a statement in Ado-Ekiti that contrary to criticisms from the opposition, Buhari’s administration had grown the reserves to N45 billion dollars, an all-time huge savings.

In the statement by Mr Steve Alabi, his Media aide, Oni said that the reserves profile was a radical departure from the constant depletion that happened during the Peoples Democratic Party (PDP) administration.

He commended Buhari for providing strong and transparent leadership that led to growth of the foreign reserve “through discouraging of unnecessary importation which has reduced the nation’s import bill”.

“We must not forget where we are coming from. The economy was badly managed; foreign reserves were being depleted to satisfy the consumption cravings of a greedy political and business class.

“The APC government, under the leadership of President Buhari, is turning things around daily.

“The economy is now stable. It’s stabilized, it can no longer go down; it can only come up.

“This is one of the main achievements of this administration,’’ Oni, former governor of Ekiti state, said.

He lauded the government for getting the economy out of recession and urged Nigerians to take advantage of opportunities being created by the Federal Government, particularly in the agriculture and productive sectors, to improve their lives.

According to Oni, the days of access to free money are over and the way forward for Nigerians is to rediscover their entrepreneurial, creative and hardworking spirit.

“The result will be a more robust national economy and a more productive citizenry; all of us will be better for it,” he said.

Oni also said that with the pragmatic manner the economy was being managed, there was no doubt that the nation’s foreign reserves would hit and surpass 50 billion dollars soon.

He urged state governments to emulate the transparent, seriousness and focus of Federal Government in handling of their own financial matters to enable people feel the impact of improvements in the economy. (NAN)