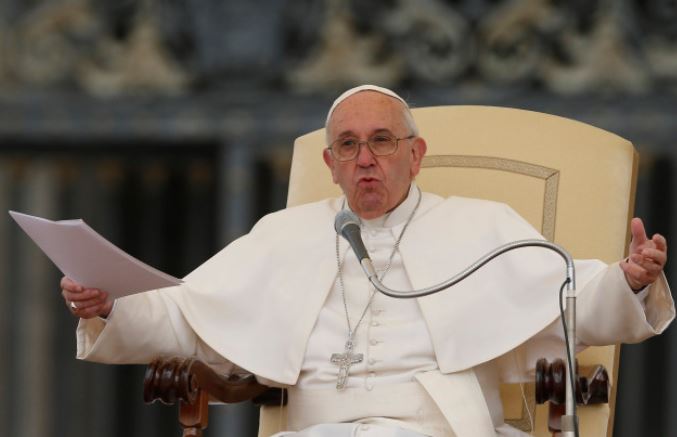 Caring for migrants and the poor is as holy a pursuit as opposing abortion, Pope Francis declared in a major document issued by the Vatican on Monday morning.

Pushing back against conservative critics within the church who argue that the 81-year-old pope’s focus on social issues has led him to lose sight of the true doctrine.

Pope Francis again cast himself, and the mission of the Roman Catholic Church, in a more progressive light.

“The other harmful ideological error is found in those who find suspect the social engagement of others, seeing it as superficial, worldly, secular, materialist, communist or populist,” Pope Francis wrote in an apostolic exhortation on the subject of holiness.

“Our defense of the innocent unborn, for example, needs to be clear, firm and passionate. Equally sacred, however, are the lives of the poor, those already born, the destitute, the abandoned.”

The pope’s vision of holiness explicitly highlights migrants, whose plight he has sought to elevate to global attention perhaps more than any other issue.

“We often hear it said that, with respect to relativism and the flaws of our present world, the situation of migrants, for example, is a lesser issue,” he said.

“Some Catholics consider it a secondary issue compared to the ‘grave’ bioethical questions.”

“That a politician looking for votes might say such a thing is understandable, but not a Christian,” he continued, adding that welcoming the stranger at the door was fundamental to the faith. “This is not a notion invented by some Pope or a momentary fad.”

The pope’s 103-page document — an apostolic exhortation titled “Gaudete et Exsultate,” or “Rejoice and Be Glad” — is less authoritative than a papal encyclical, but is nevertheless an important teaching pronouncement.

At its outset, Francis makes clear that it is not meant “to be a treatise on holiness” but to “re-propose the call to holiness in a practical way for our own time.”

As he put it elsewhere in the document, “Seeing and acting with mercy: That is holiness.”