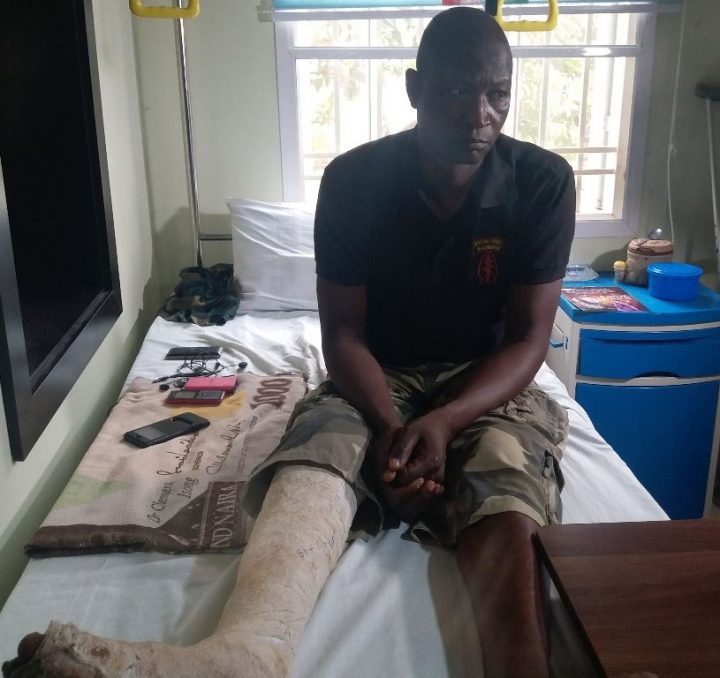 The Nigerian Army in Lagos on Monday said seven of its troops wounded-in-action in the North East would be flown abroad for advanced medical treatment.

Dada said that the Chief of Army Staff (COAS),  Lt.-Gen. Tukur Buratai, had approved the foreign medical trip for the troops to ensure wounded personnel got the best medical attention when the need arose.

“We have some wounded soldiers who have been referred abroad. As I speak to you,  we have about seven approvals we just received.

“Those ones will be on their way to India in a few days for treatment. They were approved by the COAS and they were wounded in action,” he said.

Dada refuted an online report by an anonymous army captain who accused the Nigerian Army of neglect after he was injured in Maiduguri in 2014, saying there was nothing of such.

Dada maintained that the Nigeria Army had no such record of a neglected personnel as all wounded personnel have been adequately catered for.

“It beats my imagination that someone could put up such kind of allegation. As long as I can remember, every single personnel wounded in action have been taken care of.

“Sometimes, there are thousands of dollars involved in each person’s treatment.

“There are soldiers who were wounded, whose cost of treatment runs into 25 to 40 thousand Dollars.  If you compute that, then you will know the cost is enormous.

“If you combine that with the fact that any personnel who is going for medical treatment abroad must be accompanied by a medical escort who will also be taken care of by the system.

“Then you know how much is been done by the COAS. Of course, you know that there is nothing you will do that you won’t find people who are not satisfied.

“If someone has an issue, he should be able to come out, tell his name and state his issue not hide under an anonymous person and writing what is not true,” he said.

He also maintained that for every wounded personnel and depending on the degree of the injury, there was a process to be followed especially when there was a need to be flown out for the Country.

“The process of referral for wounded personnel from the North-East is very fast.

“This process takes like five days or one week.  Once that is done, the recommendation is sent to the office of the Chief of Army Staff who does the approval.

“I don’t remember anyone that was sent to him by the headquarters of the Nigerian Army Medical Corps that he declined,” he said.

Dada who took journalists on a tour around the hospital facilities also debunked claims by the anonymous Captain that there were many wounded troops languishing in the 68 Nigerian Army Reference Hospital.

He said that there was only one wounded soldier, Sergeant Ahmed Abdullahi, who had a fracture in his right tibia.

The patient who is said to be a personnel from a Battalion in Okitipupa, commended the Nigerian Army for giving him the needed facility to recuperate.

It was learnt that Abdullahi got injured while training and not as a result of injuries sustained in the North-East.