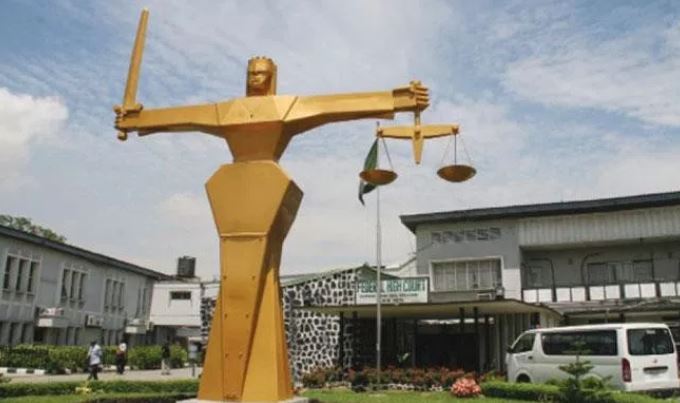 Justice Bola Okikiolu-Ighile of an Igbosere High Court in Lagos on Tuesday dismissed the N36.8 million suit filed by a Lagos businessman, Alhaji Azeez Ayomumoye, against the United Bank for Africa (UBA).

The claimant,  Ayomumoye, had brought the defendant (UBA) to court over breach of property lease agreement. Ayomumoye had said that the bank demolished his property without his consent and rebuilt the structure to its corporate style.

While delivering the judgment, Okikiolu-Ighile, said: “Court will not attach any weight to exhibit CWN (the Deed of Sublease) which is the pillar of support for the claimant’s argument because facts already established does not support the claimant’s claims.”

She said evidence showed that there was a written agreement between the parties but the dispute was that the property in question which was a multi-purpose building was altered by the defendant.

She said though the claimant was claiming that the defendant had no authority to alter the building.

“I believe the defendant that the claimant was aware at the time the building was altered and did supply goods
in form of building materials to the defendant.

“I cannot, therefore, believe the claimant not being aware of the alteration.

“By this act, the claimant had the knowledge, therefore, consented and I wonder why it took the claimant two
years before complaining which I consider as an after thought.

She also dismissed the N36.8 million damages being demanded by the claimant for the alteration of the
building.

Okikiolu-Ighile, however, ordered the claimant to pay N100,000 for the cost of the suit.

Ayomumoye had claimed that a deed of sub-lease of Oct. 1, 2006, between him and UBA was breached by
the bank on his building situated at Plot 15, Aina Layout at Dopemu on Lagos-Abeokuta Expressway.

Contrary to the deed of sub-lease, he said the bank “wholly demolished the property and erected a new
structure in its place” without his consent and approval.

The claimant also stated that upon discovery of the agreement breach, he protested in writing severally to
the bank, requesting for compensation but was ignored by the defendants.

Rather, he said, the bank fraudulently registered some new documents on the property which, according
to him, were fundamentally different from what was executed by both parties in 2006.

In its earlier statement of defence filed by its counsel, Mr. O.U. Inneh, on Sept. 1, 2009, the bank denied
all the allegations, stating that “there were several collateral agreements between the two parties that the
leased property would be demolished and rebuilt to meet the “corporate style structure” of the
defendant.”

In his final written address, Mr. Bolaji Ramos submitted that the deed of sub-lease had already been
placed before the court, stressing that the bank violated the law and breached the sub-lease agreement by
demolishing his property without a written consent and approval of the claimant.

Ramos contended that it was a settled position of law that no tenant can demolish and re-build a rented
property without the consent and approval of the landlord.

He recalled that the first written objection of the claimant was submitted to the bank in January 2007,
stressing that he could not have expressly protested the bank’s actions if he had consented and
approved of the actions.

Submitting his own final written address, the defence counsel, Mr. Ogbonna, urged the court to dismiss
the claims of the plaintiff, describing it as “vexatious, irritating  and an abuse of judicial process having
consented to the property demolition.”

He claimed that the landlord was aware of the demolition and reconstruction plans of the bank after the lease of the property which, he added, was originally not designed for banking operations.

The landlord is claiming N36. 8 million as the cost of demolition of the present structure and erecting on the original structure which was demolished by the bank without consent or authorization of the owner/claimant.

In the alternative, the businessman is demanding N24 million being the cost of restructuring the present building to a multi-purpose building to the “corporate style” of the bank.