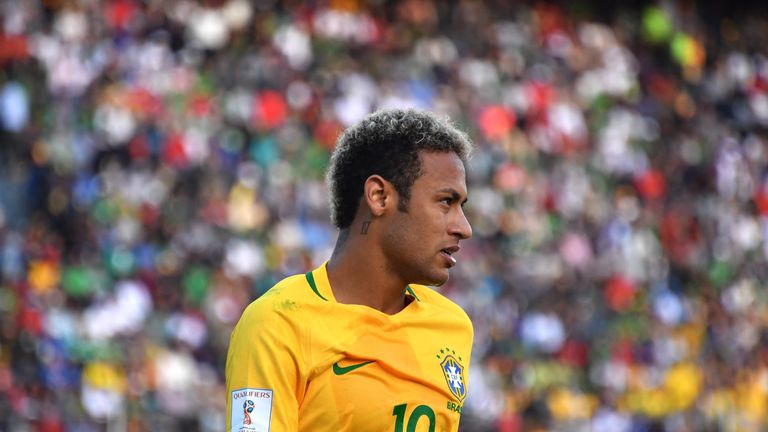 Soccer-crazy Brazilians were jubilant Friday with news that Neymar  will recover well enough to make the Russia World Cup in June.

Neymar  told Brazilian television he is one month away to full recovery from a foot operation and its expected  the Paris Saint-Germain superstar targets a return to full fitness in time for the World Cup.

“I need about a month, but it is healing well. Everything is happening normally,” Neymar, who has not played since breaking a metatarsal bone in his right foot on February 25, told TV Globo.

Neymar’s comments were released as a short extract from a pre-recorded interview that will be broadcast on Saturday, and which may give a clearer picture of the former Barcelona forward’s state of fitness.

However, if he does come back in a month or so, it would leave sufficient time for the 26 year-old to be ready for Brazil’s opening game in Group E of the World Cup, against Switzerland in Rostov on June 17.

The world’s most expensive player suffered the injury in a Ligue 1 game against Marseille, before returning to his home country for surgery and rehabilitation.

In his absence, PSG were knocked out of the Champions League by Real Madrid in the last 16 in March.

PSG coach Unai Emery said on Friday that Neymar was “close” to returning to the club.

“When he gets here, he will want to play. Perhaps he’ll have time to play a few matches before the end of the season,” Emery said.

“We hope to have him in the team for some of our remaining matches.”

Without him, PSG will hope to wrap up the French title with a win at home to reigning champions Monaco on Sunday.

PSG are also still hoping to get to the final of the French Cup on May 8.

The last round of games in the Ligue 1 season are scheduled for May 19, but Neymar faces a race against time to play any part.

“The speed of his recovery in the next 10 days will allow the right date to be set for a return to training without any restrictions,” was all PSG were willing to say in a statement.

Even if he is deemed fit again, it remains to be seen if he will want to take any risk before teaming up with the Brazilian national team to prepare for the World Cup.

Brazil will also face Costa Rica and Serbia in their group, as they target winning a sixth World Cup, four years after the nightmare of their 7-1 loss to Germany in the semi-finals on home soil. NAN