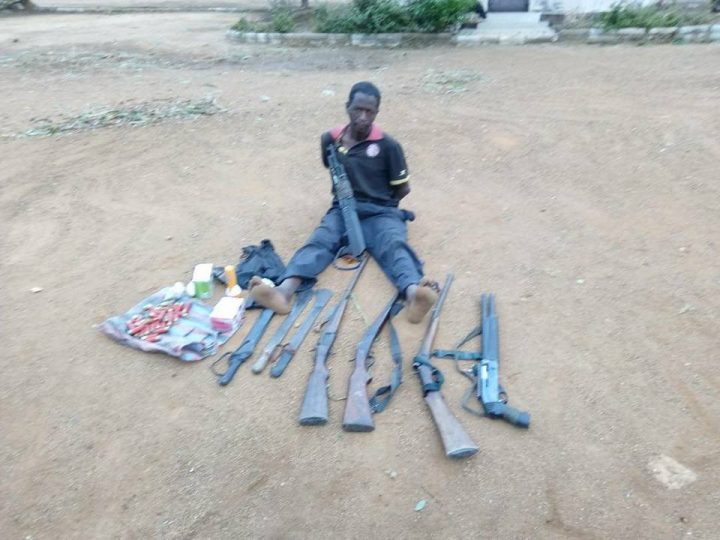 He said one of the bandits was captured during the encounter. Items recovered from the criminals include One AK 47 Rifle, One Pump Action Rifle, Three Dane Guns, One Round of 7.62mm Special, 36 Cartridges, Three Cutlasses, One Jack Knife, One Mobile Phone among others.

“The captured bandit is presently undergoing interrogation. The public is once again reminded to report any suspicious movements in their areas to the security agency for prompt action.” He added.