Medical Practitioner Proffers Solution to Strikes in the health sector

An Abuja-based medical practitioner, Dr. Patrick Ezie, has called on the Federal Government to adopt proactive strategies to prevent incessant strikes in the health sector. 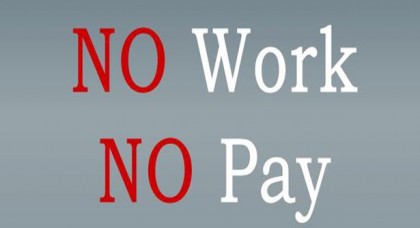 Ezie made the appeal on Sunday in an interview with the News Agency of Nigeria (NAN), on the sideline of the meeting of Rotary Club of Abuja, Kubwa Gateway District 9125, in Abuja.

He specifically urged the Ministries of Labour and Health to be more proactive in nipping in the bud cases forcing medical and healthcare worker to go strike.

Ezie, who is also the Founder, Junior Doctors of Africa, said the idea of government waiting for workers’ agitation for improved welfare to degenerate to strike before the solution was unhealthy for the growth of the country.

The medical practitioner, who was reacting to the ongoing strike in the health sector, suggested the creation of a special committee to assess the needs of workers and recommend proactive and lasting solutions to industrial unrests.

He said apart from assessing workers’ demands with mutually benefiting results, the committee would also be able to reconcile aggrieved parties to prevent industrial actions.

According to him, membership of the committee should be made of professionals with impeccable character, both in public and private sectors.

Ezie urged the government to give serious consideration to the concept of establishing such committee to fast-track negotiations with the labor and iron out contending issues arising from workers’ demands.

“This is with a view to reducing industrial disharmony in the workforce of the nation and forge mutually benefiting partnerships between government, the organized labor, and the workers, to ensure peace in the country,’’ he said.