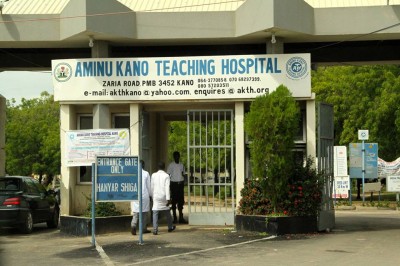 Psychiatrists have embarked on community sensitization in Sokoto State to raise awareness of mental health and management among residents.

A Consultant from Aminu Kano Teaching Hospital (AKTH), Dr. Awwal Sanusi, made this known to the News Agency of Nigeria (NAN) on the sidelines of the event on Sunday in Sokoto.

According to him, the outreach comprised of interactive sessions and public enlightenment.

Sanusi said that the exercise included train the trainers on mental health awareness for Ward Development Committees (WDCs) and Facility Health Committees (FHCs) as targeted persons to educate others.

He explained that the exercise was being conducted in the North Western states of the federation with support from Federal Neuro-Psychiatric Hospital, Kware, led by its Chief Medical Director, Dr. Saleh Shehu.

According to him, the World Health Organisation (WHO) has recommended the inclusion of mental health to achieve successful health coverage.

He identified substance abuse as a major cause of mental ill health, adding that about 300 diagnosable mental illnesses were prevalent in many communities in Nigeria.

Sanusi explained that experts had categorized the cases into mild, moderate and severe, noting that majority of the cases were moderate, constituting 80 percent, while the remaining 20 percent were severe.

He said everyone was vulnerable to mental illness as research indicated that one out of every five persons would have a mental disorder.

Dr. Aminu Shehu, also from AKTH, said stigma and discrimination of those with mental disorders stop them from seeking treatment or rehabilitation due to cultural beliefs and associated public perceptions.

Shehu described lack of fund, poor government and public attention on mental health issues along with growing drugs abuse and associating disorders to supernatural beliefs as challenges to the administration of mental health.

He attributed the prevalence of mental health cases to the absence of synergy between institutional organs in the formal sector and traditional practitioners where most cases were referred to.

Shehu commended the Sokoto State Government for its support to the treatment of patients with mental health through Zakkat and endowment initiative.

While appreciating the support of the Sultan of Sokoto, Alhaji Sa’ad Abubakar III, he urged other traditional and religious leaders to also support mental health activities in the country.