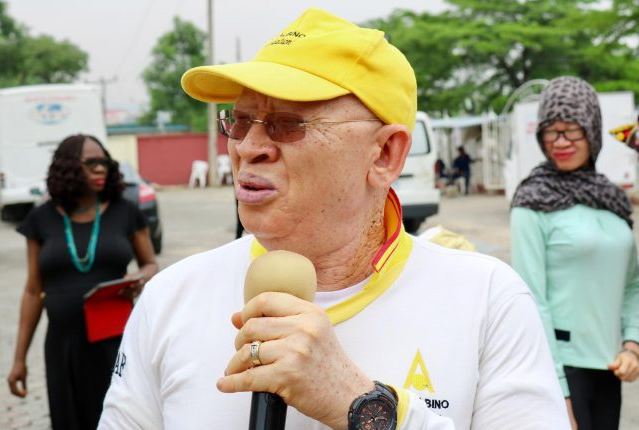 The Albino Foundation (TAF) on Monday said it has commenced two weeks baseline survey for Persons With Albinism (PWA) across the country.

The President of the foundation, Mr. Jake Epelle, told News Agency of Nigeria (NAN) in Abuja that the survey was the first of its kind in Africa.

He explained that the nationwide baseline survey also known as Socio-Economic and Demographic Status of Persons with Albinism was aimed at getting the population of persons living the condition in the country.

He added that other information to be collected from PWA included challenges they encounter, access to social services, health status, educational background, employment opportunities and entrepreneur skills.

Epelle said the survey had commenced in six states, representing each of the six geopolitical zones and FCT, noting that the states were Adamawa, Kogi, Cross River, Kano, Enugu and Lagos.

He said PWA from each of the states were identified and trained as facilitators to gather the information needed, saying “we are hoping to collect 70 to 80 percent data of PWA in Nigeria: this is important because there cannot be any strategic intervention without a database.

“It is also important because international organisations such as UN and the Federal Government always demand for the population of PWA in the country to provide interventions.

“It is relevant to the government for planning purposes, budgeting and for research studies in universities.”

On challenges encountered in the ongoing exercise, he said the participation of PWA had been low in most of the states, as well as in rural communities.

He decried the low level of participation adding that most PWA had low self-esteem and health challenges which kept them indoors.

He appealed to parents, friends, guardians and siblings of PWA to inform them about the survey and assist them to locate the coordinators and facilitators in various state offices.

“It is important for PWA to be captured in the baseline survey because it will help us with valuable information needed to extend intervention programmes to them.

“For instance, in Adamawa, we are encountering a lot of challenges, the local government and rural communities are 300 to 400 miles apart, so, it is difficult for facilitators to move around all the communities in search of PWA.

“We want to ensure we get an accurate figure because it will influence planning and proper analysis for the European Union delegation,’’ he said.

He urged local government chairmen and ward counsellors to disseminate and educate PWA in rural communities about the importance of baseline study.

In December 2017, an EU delegation to Nigeria and ECOWAS signed a grant contract with the Albino Foundation to implement a two-year project.

On April 16, the Albino Foundation received 155, 838 euros (about N70 million) from the EU for baseline survey and other projects specifically for the benefit of PWA in Nigeria.